Naomi Osaka powers into fourth round at Indian Wells 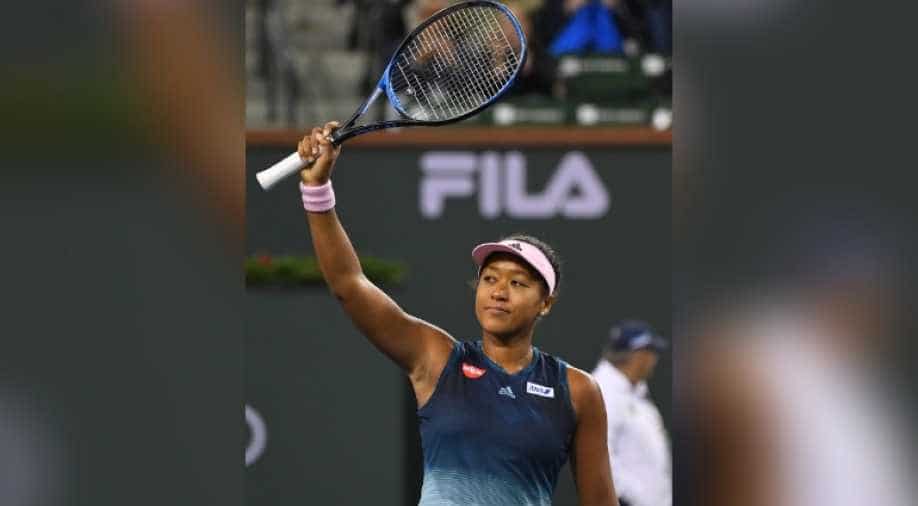 Naomi Osaka (JPN) waves to the crowd after winning her third round match against Danielle Collins. Photograph:( Reuters )

Osaka had a shaky start when she was broken early in the first set but quickly found her groove and broke the American four times and struck 29 winners to advance.

World number one Naomi Osaka powered into the fourth round at Indian Wells on Monday after a 6-4, 6-2 victory over Danielle Collins.

The 21-year-old Japanese had a shaky start when she was broken early in the first set but quickly found her groove and broke the American four times and struck 29 winners to advance.

The US and Australian Open champion, who is also defending the title at Indian Wells, will next face Switzerland's Belinda Bencic, who beat Ekaterina Alexandrova 6-4, 6-2.

The duo were joined in the fourth round by seven-times Grand Slam champion Venus Williams, who defeated qualifier Christina McHale 6-2, 7-5.

The 38-year-old Williams, who showed her mettle in the second round where she upset world number three Petra Kvitova, will meet unseeded German Mona Barthel in the fourth round.

"I feel definitely more comfortable going into that match than, for example, today," Williams told reporters.

"I had never played (McHale) before, so you feel like you don't really know what's going to happen.

Earlier, Latvian 11th seed Anastasija Sevastova became the latest player to be stuck down with a viral illness at the tournament.

Sevastova was down 5-0 in the first set of her third round match with Estonian 21st seed Anett Kontaveit when she retired.

Her departure came less than 24 hours after Serena Williams was unable to continue her match on Sunday, also citing a viral illness.

Men's third seed Alexander Zverev also said on Monday after losing to fellow German Jan-Lennard Struff that he too had a virus.

Kerber took a while to warm to her task on a cool morning in the California desert.

"She was playing really fast and flat, so that was something I was not really expecting," the German said of her opponent.

"I was trying to adjust, especially with my movement at the end of the first set and beginning of the second, and I think that was the key to coming back."

Fifth seed Karolina Pliskova was not at her very best but still prevailed 6-3, 6-2 over Ysaline Bonaventure.

"I felt somehow strange and the match was strange," said Pliskova.