MS Dhoni's absence was a massive boost for us: Rohit Sharma 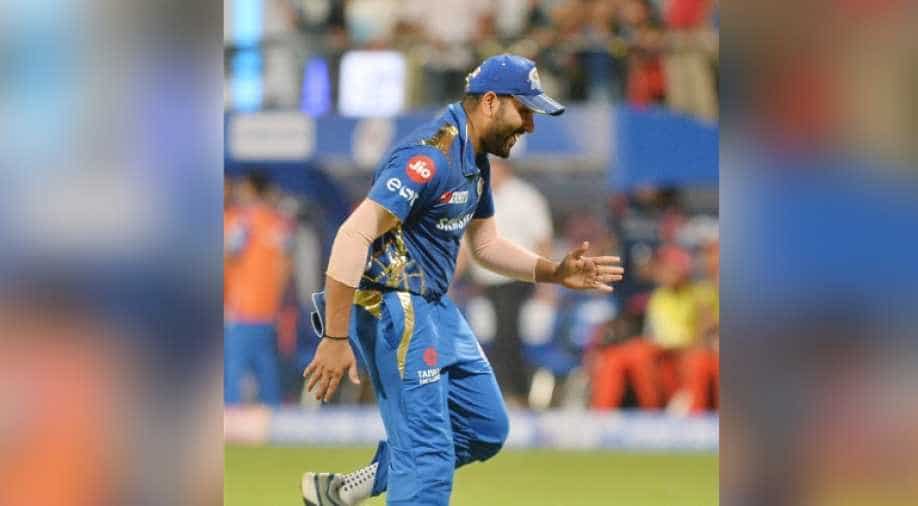 Mahendra Singh Dhoni Friday didn't turn up for Chennai due to fever and Mumbai skipper Rohit Sharma said the veteran stumper's absence came as a "massive boost" for his side en route to their 46-run win in an IPL match on Friday.

Sans Dhoni, Chennai failed to chase down a 156-run target set by Mumbai, bundling out for 109, their lowest total at home.

"It was a massive boost that MSD (Dhoni) wasn't around. Because his presence does a lot for their team. When you don't have Dhoni when they're chasing the score, then it becomes difficult for them," Rohit said at the post-match presentation ceremony.

"I'm sure his presence was missed by CSK. But he was sick, it's not in his control either," added the right-handed batsman, who struck 67, his first fifty of the season.

Rohit said it was a blessing in disguise for him to lose the toss as they too would wanted to chase on what eventually turned out to be another slow Chepauk surface. "I thought it was better to lose the toss since we wanted to chase as well. But we knew whether we bat first or bowl first, we'll still have to play good cricket. We spoke about that at the start of the game, but it was a great effort by the boys since it's not easy to come here and play," he said.

Rohit too was mighty relived to have scored his first half-century of the season Friday.

"It was a satisfying innings. I was getting 30s and 40s but not getting half-centuries. At no point was I worried about my form because I was hitting the ball well. I knew the day will come, and I guess today was the day," he said.

"We didn't bat well. We kept losing wickets every 2-3 overs, so our batsmen need to take more responsibility. Our bowling has always been good this season. We thought 155 was chaseable. But we lost too many wickets in the powerplay and middle overs," he said.

"We didn't rotate the strike well either. It is important to go out there and see a few balls out, and then decide which bowler you want to go after. We need to sit as a batting unit and see where we're doing wrong. We have power hitters, we have experienced batsmen, we just need to relax as a batting unit."