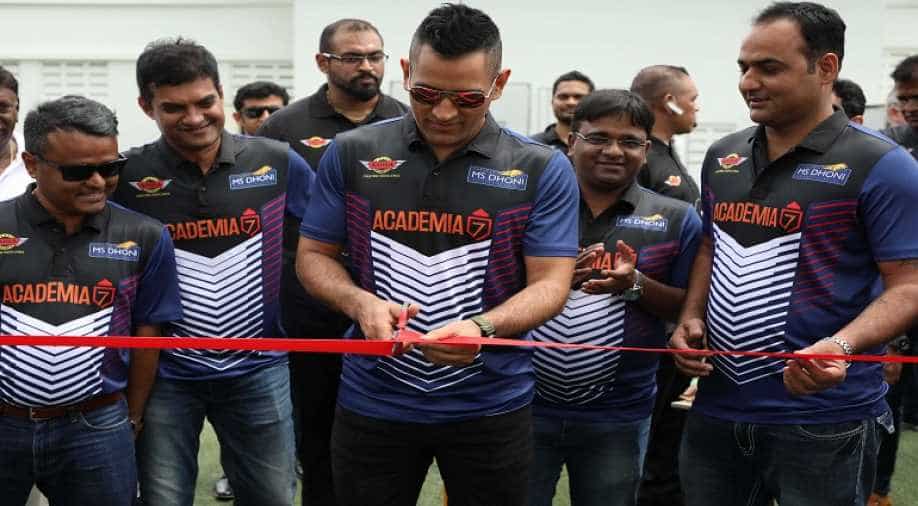 The Singapore Academy has attracted more than 300 students since its registration began on December 1 last year. Photograph:( Zee News Network )

This is Dhoni's second academy outside India, after first being launched in Dubai.

The Singapore Academy has attracted more than 300 students since its registration began on December 1 last year.

It will follow a structured curriculum developed by Dhoni while Singapore cricket legends, Chetan Suryavanshi, Chaminda Ruwan will work with him to implement his curriculum.

The wicketkeeper-batsman was given a rousing welcome by the St. Patrick’s school band as he performed a simple ribbon-cutting ceremony to signify the opening of the academy.

“It is important to provide facilities to the youngsters and at the end of the day, no one should say that they did not get to do something because they did not have the facilities. What I want to focus on is how to approach life in general. Youngsters are so result-oriented nowadays that we actually forget about the process. The process is more important than the results, and if you take care of the process, you will get the results,” Dhoni said after the inauguration.

Dhoni, who is part of the Indian squad for ODIs against South Africa, is expected to fly to the country soon after launching his academy in Singapore.

The ODI series against South Africa gets underway from February 01 onwards.