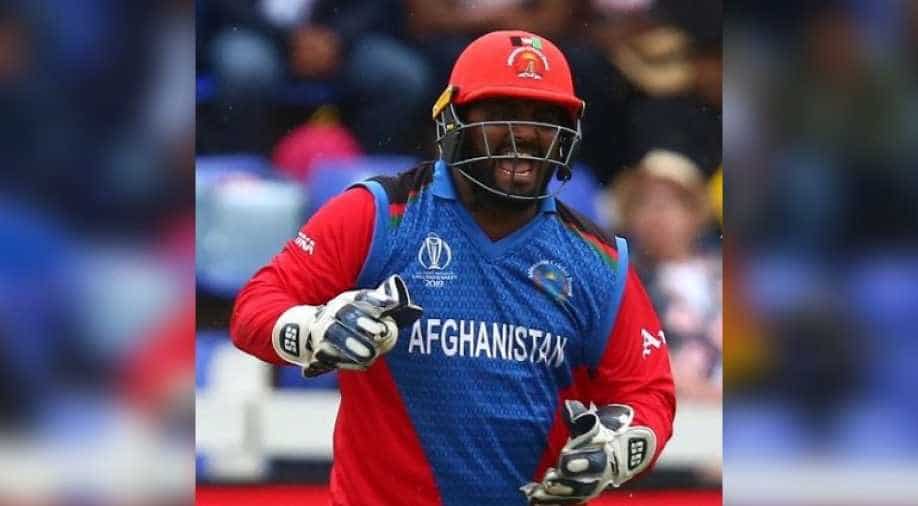 Shahzad, however, has blamed the Afghanistan Cricket Board (ACB) for his withdrawal from the team's squad.

"My injury wasn't that severe. It was not an injury that required 2-3 months of recovery time. The board is to be blamed for my withdrawal from the Afghanistan squad. I was feeling good, they did not mention anything to me before the replacement," Shahzad told ANI.

Shahzad was training ahead of the New Zealand game when he got the news of his withdrawal. He said even his teammates were not aware of the decision.

He was replaced by Ikram Ali Khil for the New Zeland game.

"I don't know why the board officials don't like me. I am a straight forward person and this attitude is not liked by many in the board," he added.

"What he is saying is completely wrong. A proper medical report to the ICC was submitted and then only his replacement was announced. The team could not have fielded an unfit player. I understand he is upset at not being part of World Cup anymore but the team could not have compromised on his fitness," he said.

Shahzad, on the other hand, asked ICC to look into this issue and not release media reports about injuries without taking stock of the full injury update.

"Even ICC needs to pay attention to the matter. They issue reports and then our board withdraws us from the squad, the matter clearly needs to be looked into," Shahzad said.

Shahzad has failed to score runs and made several mistakes while keeping.

Afghanistan has so far lost its three opening matches - against Australia, Sri Lanka, and New Zealand - in the ongoing World Cup.

The team will next take on South Africa on June 15.