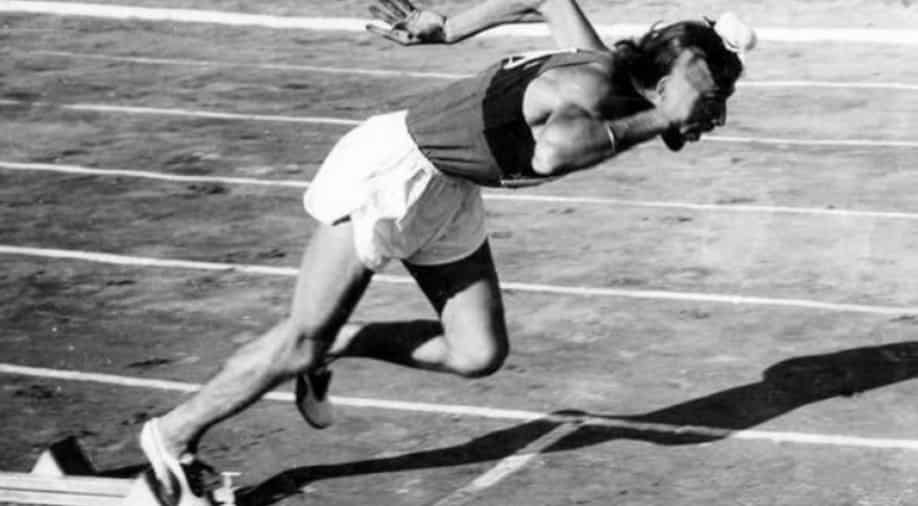 Not exclusively was Milkha Singh an incredible sprinter, he was likewise an exemplary person. It is his loved dream that an Indian successes an Olympic award in sports before his flight to another heavenly abode.

In Rome Olympics 1960, Milkha Singh hunched in the beginning squares and situated himself for the most crucial race of his vocation. He inclined forward, hands-on knees, got set and flooded into a run. He got off to a touchy beginning yet a blunder in judgment in the end phases of the race cost him a spot on the podium.

Milkha Singh charged his way across the 400m race however could just get done with a period of 45.6s. Outfitted with the ideal creation of speed and ability, Milkha Singh was bound to conquer Indian athletics. He may have missed the mark concerning a platform finish, yet his endeavours brought him near donning interminability among Indian fans.

Milkha Singh's unique accomplishments established him as the country's best Olympic-style sports competitor of his age. Well before his standout endeavours on the Olympic stage, Milkha Singh had effectively set the bar high with four Asian golds and a first-since forever Commonwealth Games gold award in 1958.

Individuals who know Milkha Singh, know the digits and their importance. Subsequent to neglecting to qualify for the Melbourne Olympics, he went to his mentor and requests that he set up the world account for the 400m. His mentor records it's anything but a tissue paper – 45.8 and this paper stays with Milkha Singh till he realizes he can accomplish that digit.

This is a consolation to that load of athletes who are made to compose their objectives and stick them in their rooms. Continuously keep the objectives noticeable and above all – quantifiable and explicit.

Milkha Singh was a skilled competitor as well as self-spurred and enthusiastic simultaneously. It is difficult to envision an individual who had lost a large portion of his family due to collective uproars to channel all his concentration and enthusiasm towards turning into an extraordinary competitor. Milkha Singh conquered this load of obstacles to get perhaps the most commended competitors of his time.

An early 90's generation was fortunate to see the man, the myth and the legend perform live in front of their eyes, but the late '90s and early 2000 generation were introduced to this legend by the movie 'Bhaag Milkha Bhaag'

It may sound abnormal that the prize which allured Milkha Singh to get his first-historically speaking success, was only a glass of milk. Yet, we are discussing an exceptional legend who experienced childhood is not exactly a remarkable time where individuals contended energetically to meet their fundamental requirements.

Bhaag Milkha Bhaag is a biopic dependent on the existence of Indian legend and previous competitor Milkha Singh. Like the wide range of various great biopics, even this film is brimming with agony, disillusionment, fortitude and win.

This film probably won't be the biopic you expected however it has its own appeal. It requires some investment, causes you to harp on a rousing story, and leaves you with a lot of goosebumps.

To achieve the most noteworthy wonder regardless of a particularly grievous past is a superb accomplishment in itself. The mentality and lucidity not long before the race, where they show him picturing how he covers the whole track in a millisecond, are like the strategies utilized by most Olympic medallists to clear things first in the brain an amazing procedure to persuade your psyche and self. It helps in fostering a never-say-die say die attitude demeanour inside the competitor.

It has been more than fifty years since the Flying Sikh made a taking-off passage into the athletic spotlight. In any case, after such a long time, it is as yet the flying Sikh who stays the most withstanding and authoritative memory of athletic greatness for Indians. An endless supply of athletes has tried to copy the extraordinary man, just to miss the mark in their journey.

Milkha Singh consistently accepted that it is vital to be energetic about what you do. He believed coarseness and assurance to be key boundaries that make you a major sportsperson as opposed to your ability. The devotion and enthusiasm that Milkha Singh showed to accomplish his objectives were one of the primary reasons that athletics got famous in India.

Not exclusively was Milkha Singh an incredible sprinter, he was likewise an exemplary person with a heart to coordinate with his running abilities. He parted with every one of his valued belongings for a show at galleries the nation over. It is his loved dream that an Indian successes an Olympic award in sports before his flight to another heavenly abode.

Allow us to trust that the all-around recounted story of this committed and energetic athlete rings in the hearts of considerably more youngsters who can lift themselves to accomplish worldwide greatness for the country. Milkha Singh had a dream of India turning into a force to be reckoned with in the realm of sports. He needed to live his fantasy by watching the Indian Olympic unforeseen accomplish more noteworthy statures at the Tokyo Olympics 2020.

But, as destiny would have it, Milkha Singh would not be with us to see his dream acknowledged.

The name Milkha Singh will keep on rousing ages. Find happiness in the hereafter and Rest in Peace, legend!