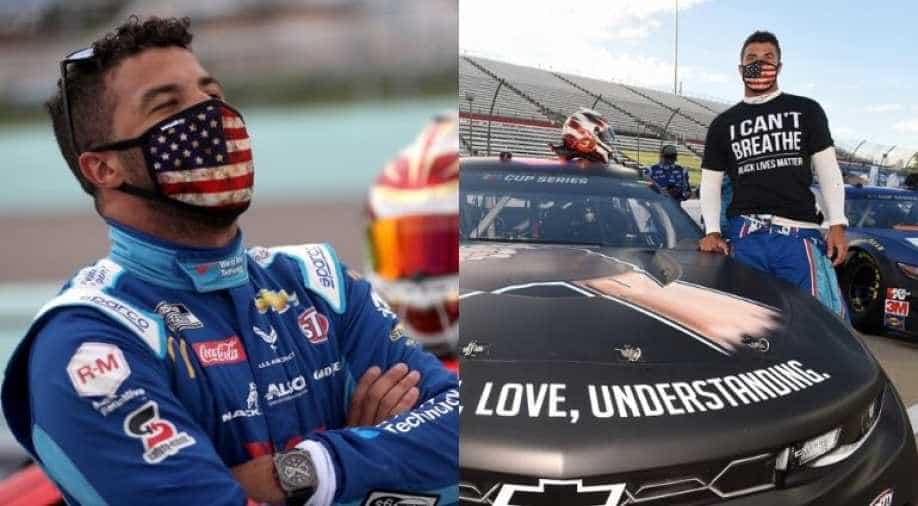 Jordan is the second black American to own a team in Nascar. According to Jordan, the team would "educate a new audience".

Jordan is the second black American to own a team in Nascar. According to Jordan, the team would "educate a new audience".

The six-time NBA champion Jordan also said that it would "open more opportunities for black people in racing".

"Historically, Nascar has struggled with diversity and there have been few black owners," Jordan said. "The timing seemed perfect as Nascar is evolving and embracing social change more and more."

Bubba Wallace was feared to be a subject to a racial attack when a loose noose was found in his garage stall at Talladega Superspeedway in June in Alabama. However, an FBI investigation concluded that it was actually a handle on a garage door and had been there since the previous year.

Earlier this year, the 26-year-old campaigned to ban the Confederate flag banned at Nascar races. The campaign was eventually successful.

On joining Jordan and Hamlin's team, Wallace said: "This is a unique, once-in-a-lifetime opportunity that I believe is a great fit for me at this point in my career."

Jordan's team will begin competing in 2021 with their name, car number, manufacturer, and sponsors to be announced in due course.