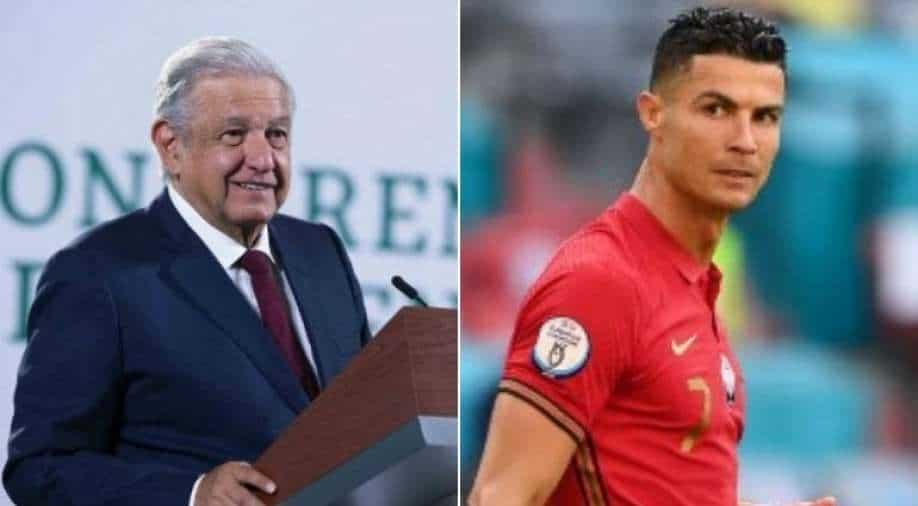 Mexican President Andres Manuel Lopez Obrador gave footballer and one of the fittest athletes Cristiano Ronaldo's example to youngsters in his country to fight obesity.

During a press conference Lopez Obrador gave recently, he cited the famous Coca-Cola incident when Portugal's star footballer Ronaldo removed the soft drinks that were kept infront of him and preferred water.

At a press conference during UEFA Euro 2020, Ronaldo grabbed attention when he immediately removed Coca-Cola bottles from the camera and lifted a bottle of water, and said "agua" (water), asking individuals to drink water over such sweet beverages.

Coca-Cola was one of the official sponsors of Euro 2020.

Now, Lopez Obrador has used the same viral video and asked his fellow citizens to "not eat junk food, drinks with excess of sugar".

After Ronaldo's incident, a Coca-Cola spokesperson later said in a statement, "Players are offered water, alongside Coca-Cola and Coca-Cola Zero Sugar, on arrival at our press conferences." The statement also mentioned that "everyone is entitled to their drink preferences" and people have different "tastes and needs".