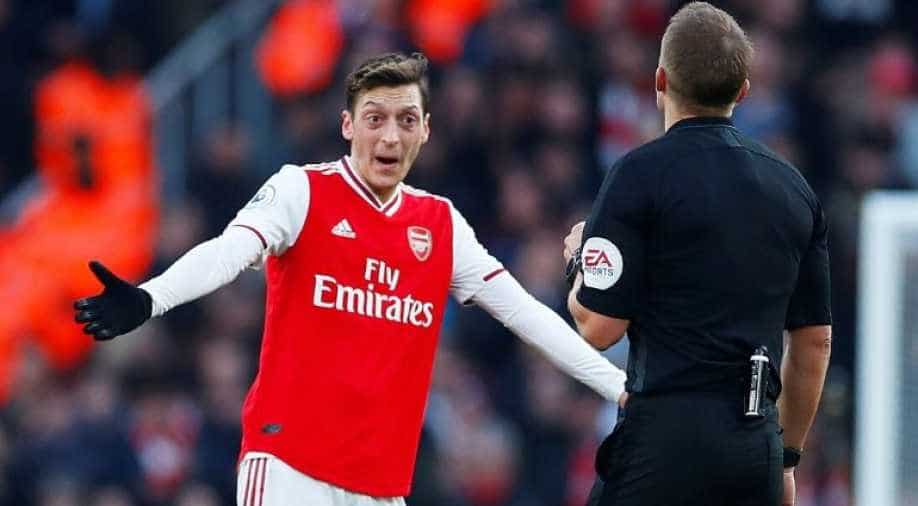 Arsenal's midfielder is known for being warm towards his fans.

A Pakistani couple's "theme" for their wedding doing rounds on the Internet caught the attention of  Arsenal star Mesut Ozil's attention.

The couple in the video were seen holding Arsenal flags during on their wedding stage.

The German footballer took to Twitter to congratulate the Pakistani couple, he added that he liked the wedding celebration.

Congratulations to this @Arsenal Pakistan couple Inam ul Haq and Arooj Talat Khan! 🇵🇰 Btw nice celebration in the end ❤〽 😉 All the best for you two! #wedding #YaGunnersYa #M1Ö pic.twitter.com/va3jAtDgSX

The Arsenal midfielder has been in the headlines recently for his support towards Uighur Muslims in China. He condemned the actions of the Chinese government recently for their treatment towards the Uighurs.

His remarks led to a backlash among his fans in China. In a recent list released by China's Red Card forum that declared Cristiano Ronaldo as the most influential sportsman in China online, said that Mesut Ozil was nowhere in the list after his Uighur remarks.