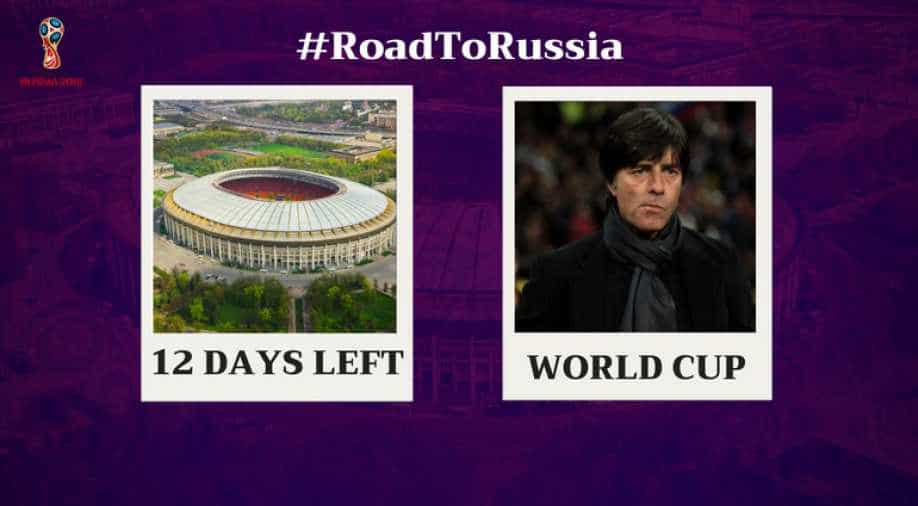 The twelfth man behind the successful run of Germany in World Cup 2014 was the former German player and head coach Joachim Low. With an intent of reclaiming the trophy, Low will fly to Russia with his pack of best players. Apart from his great managerial skills, he is also popular for his looks and especially his hairstyle. In 2014 during the World Cup, he was the focus of female attention even before the team lifted the golden trophy.

Here are some fun facts about the German coach Joachim Low:

Early Career: Joachim Low was born on February 3, 1960, and spent his youth career with TuS Schonau and SC Freiburg. He was an attacking central midfielder whose senior playing career spanned from 1978 to 1995. He played for seven clubs: SC Freiburg, VfB Stuttgart, Eintracht Frankfurt, Karlsruher SC, FC Schaffhausen, FC Winterthur and FC Frauenfeld where he ended his playing career.

Sorry ladies, he is not single: Low has been married to Daniela since 1986 but they have no children. The couple met in 1978 and dated for eight years before they got married.

Annual salary is massive: Low's annual salary is a staggering US$3.8 million which is approximately 82 times more than the average person in Germany.

What is about the hairstyle?: There's a Facebook page dedicated to his awesome hair called How awesome is Joachim Loew's hair? The perfectly dyed and set hair led to the rumours in Germany that his thick mop of black hair is actually a wig but he denied it as "rubbish." He even offered the reporter to tug on his hair.

The journey of being the head coach: Former manager Jurgen Klinsmann managed the German national team to a third-place finish in the 2006 World Cup. On 12 July 2006, he officially announced that he would step down as Germany's coach. Joachim Low became the head coach when Klinsmann didn't renew his contract. Low met Jurgen Klinsmann at a coaching school.

Such a speedster: Low lost his driver's licence twice, once in 2006 (for one month) and once in 2014 (for six months) because of excessive speed and phoning while driving. He was not allowed to drive in Brazil for the World Cup at all.

Poor luck as a player: Unfortunately, a broken shin bone at the age of 22 dashed his hopes of making it to the top of the German national team. He then decided to become a coach, studying the game on and off the field and rose to fame as a national football coach.

Cares for the society: Joachim Low supported the 'We help Africa' initiative ahead of the 2010 World Cup in South Africa and also involved with Plan International, an organisation that helps disadvantaged children across the globe.