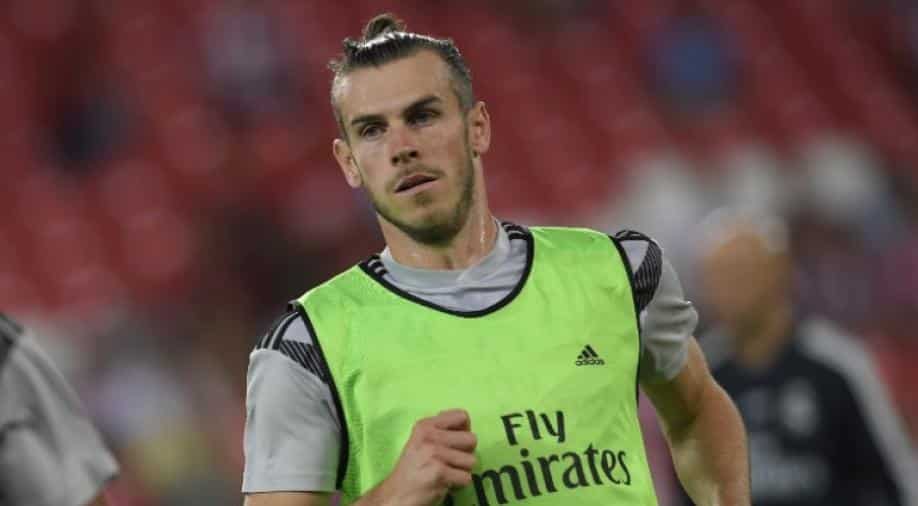 Media reported that Bale has not suffered a thigh injury and will return to La Liga action for Real Madrid at the weekend.

Title holders Real Madrid have started training for the upcoming UEFA Champions League clash with CSKA Moscow in the absence of Welsh forward Gareth Bale, who was out due to injury.

While Spanish media reported that Bale has not suffered a thigh injury and will return to La Liga action for Real Madrid at the weekend.

During the match against cross-town rival Atletico, was taken off at half-time after suffering discomfort in his thigh.

Coach Julen Lopetegui left him out of the Champions League squad to face CSKA Moscow on Tuesday.

Madrid sports newspapers AS and Marca said tests on Monday showed Bale had no serious injury, adding he was expected to return to training on Thursday ahead of Saturday's game at Alaves.

Lopetegui led Sunday's training, in which the starters against Atletico performed a recovery session.

Isco, who recently underwent surgery for appendicitis, and Marcelo, who suffers a muscular problem, did not exercise on Sunday, while Alvaro Odriozola worked out normally.

Vinicius Jr, who made his La Liga debut against Atletico, also joined the training and is looking to make his Champions League debut in Moscow.