Maurizio Sarri 'not happy' with Chelsea's performance, admits team will struggle to challenge 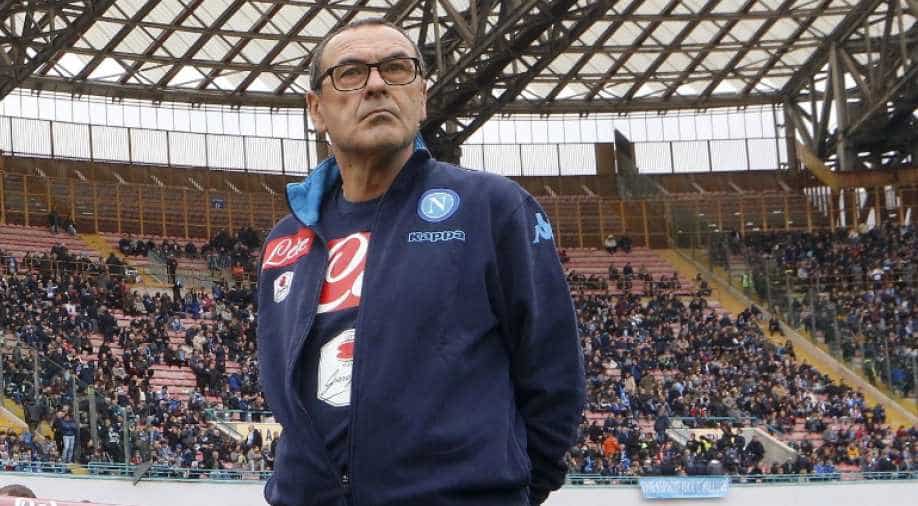 'Of course, I am not happy but I think we are in the right way,' said Maurizio Sarri.

Chelsea boss Maurizio Sarri was not happy with Chelsea's performance in a goalless draw against Everton on Sunday as his side failed to score in a match at Stamford Bridge for the first time this season.

Chelsea could not make their home advantage count against a well-organised Everton.

While addressing the media, Sarri admitted that Chelsea will struggle to challenge. He said, "I didn't like too much the first 25 minutes (of the match), because like in the match against Crytal Palace."

"We started the game moving the ball very slowly, so it was impossible for us to be dangerous, and it was too easy for our opponent to defend," he added.

"We were a little bit unlucky. Of course, I am not happy but I think we are in the right way."

Sarri is unsure why his Chelsea side are starting slowly in matches, but he believes fatigue is not to blame.

"I don't think that the problem is physical because in the last two or three matches the warm up it was the same."

In the second half we played at another speed and intensity, so I don't think the problem is physical.

"Maybe (it's) a mental problem, and we have some difficulties to approach the match from the mental point of view, maybe, I don't know. It is very difficult to answer."

The result left Chelsea in third place on 28 points, two points behind Liverpool and one behind champions Manchester City who host local rivals Manchester United later on Sunday.

"At this moment, the average of points of City and Liverpool are very high. I think about 100 points."

"It's very difficult to stay close to this teams, but I hope a match like this, and our match today, it will happen in the future to other teams," he concluded.