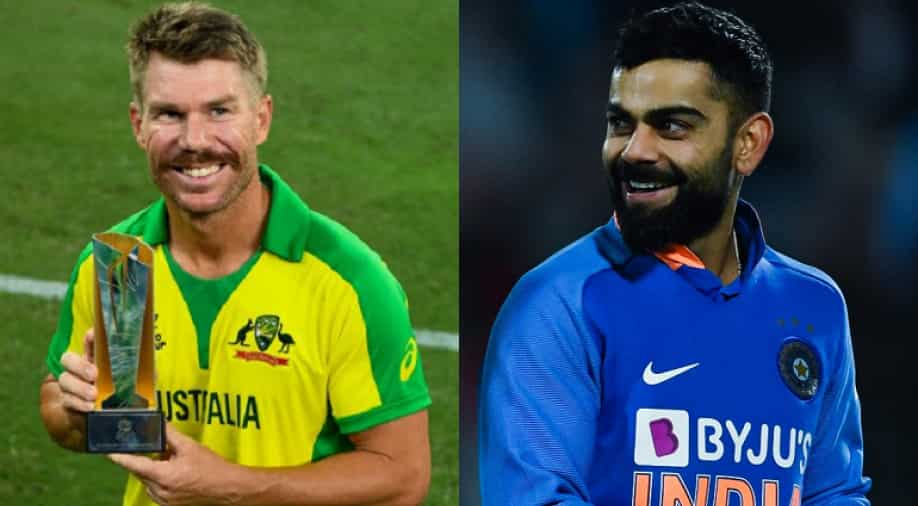 Australian opener David Warner enjoys massive popularity among Indian cricket fans, thanks to his antics on social media. Warner is often seen recreating scenes of popular Bollywood movies or shaking a leg of famous Indian songs. On Saturday, the Aussie star shared a recreated version of a newly-released South Indian song on his Instagram account.

In the video, Warner has replaced the actor's face with his. The video has become a hit among the fans with several cricketers also reacting to the Australian batter's post. India's Test captain Virat Kohli also had a funny reaction to Warner's edited video as the duo enjoyed some cheeky banter on his post.

"Mate are you ok?" - wrote Kohli in the comments section as he reacted to Warner's post. The Aussie batter was quick to react and replied hilariously referring to the injury he suffered during the first Test of Ashes 2021-22 between Australia and England at the Gabba that concluded on Saturday.

"A little sore but I know you mean in my head, never alright," Warner responded to Kohli. 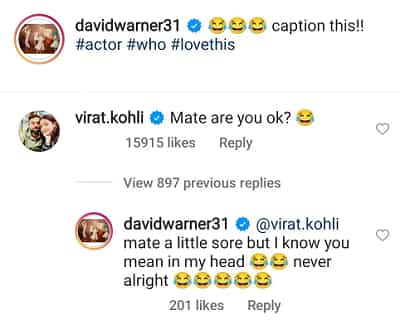 Warner was left with 'severely bruised ribs' after coping blows on his chest while batting during Australia's first innings of the just-concluded first Test against England. He didn't take field on Day 3 of the Test match, however, the left-hander is expected to feature in the second Test between the two sides which gets underway from Thursday (December 16).

Warner was in terrfic touch in the series-opener against the Joe Root-led side as he slammed a brilliant knock of 94 runs to help the hosts post a big total of 425 runs on the board and register a big win by nine wickets . Australia are leading 1-0 in the series.