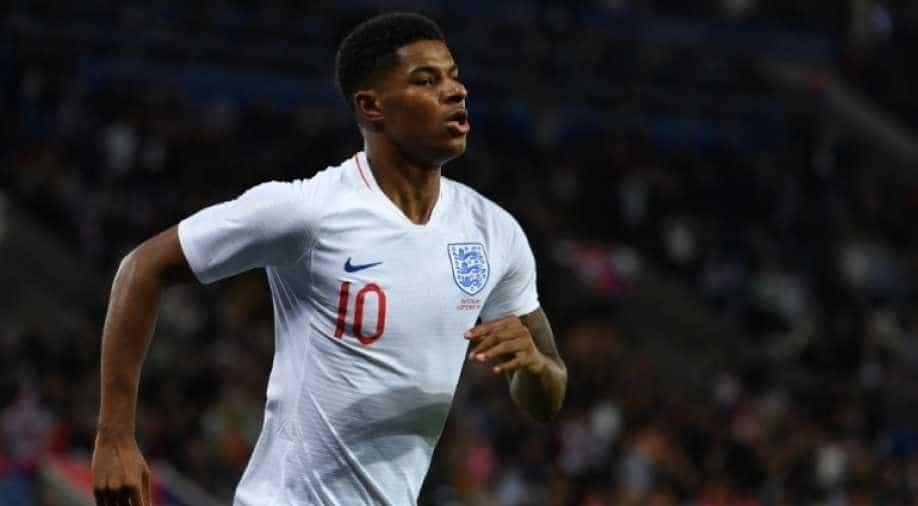 Manchester United forward Marcus Rashford has become the youngest recipient of an honorary doctorate from The University of Manchester for his campaign against child poverty, the Premier League club said on Friday.

The England international earned widespread praise after successfully campaigning for school food vouchers to be provided over the summer holidays in Britain, revealing that he had relied on such support as a boy.

"To be here in the presence of a great such as Sir Alex and those who played a huge role in my journey to where I am today is very special. I appreciate you all making the time for me today," Rashford said at a ceremony at Old Trafford.

"I'm here to receive my honorary doctorate for my work around child poverty. Yesterday, millions of families across the UK lost a lifeline and a means of staying afloat," he added, referring to the UK government ending a temporary increase of 20 pounds ($27) in weekly benefit payments to support the country's poorest families.

ALSO READ: WATCH: Fire breaks out at stadium ahead of England's World Cup qualifier against Andorra

"A move that could see child poverty rise to 1 in 3 children. For that reason, today is bittersweet. It's time that representatives got out into communities like mine. It`s time they saw first-hand the true measure of struggle.

Rashford had helped to raise around 20 million pounds with charity Fareshare UK to supply meals to struggling families during the COVID-19 pandemic.

The initial award announcement was made in July 2020, but the in-person ceremony was delayed because of the pandemic.