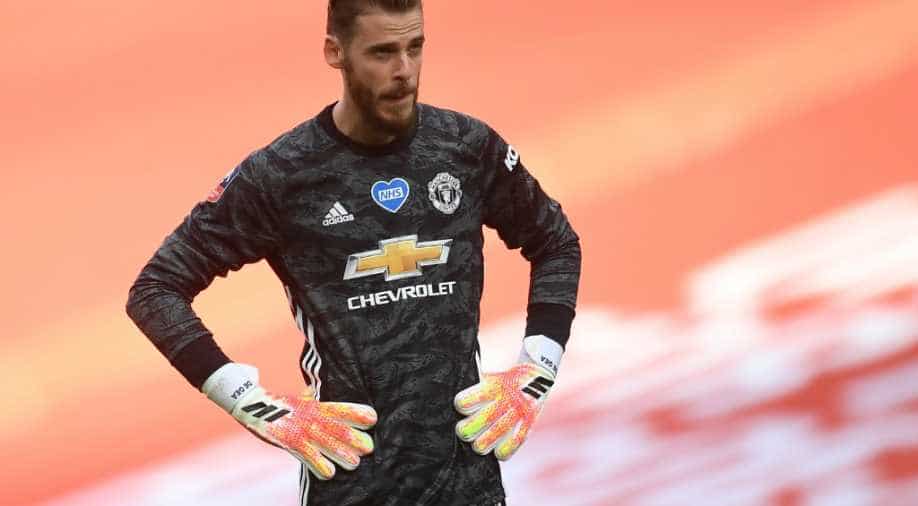 Chelsea have progressed into the finals of the FA Cup after outplaying Manchester United in the semi-final clash at Wembley on Sunday.

Mount's strike was a routine stop for any goalkeeper but De Gea's wrong choices helped the ball see the back of the net and helped Blues take 2-0 lead over Man Utd.

Manchester United fans took to social media to blame De Gea for the loss and his performance has become the talking point.

Utd Fans: My keepers better than yours because of this...#MUNCHE pic.twitter.com/Q24mhqHNNg

"David is still the best Goalkeeper in the world"

If David De Gea was your face mask, the virus would have killed you long time ago😂 pic.twitter.com/fvWWdwVMUo

"He knows he should save that 100 times out of 100 but that's football for you," Solskjaer said.

"I can't speak for David De Gea's confidence but he is mentally very strong. I made the decision to play him and mentally he was ready for it.

Man Utd manager did not rule out the possibility of dropping the goalkeeper in the final two games left in their Premier League campaign that could determine the club's top-four bid.

"Obviously, everyone has to perform. Everyone has a chance every time we perform to stake a claim in the team," he said.

"David knows he should have saved the second goal, but that's done now and we have to look forward to Wednesday.

"It's hard for a keeper to make amends. David showed his character in the rest of the game with a few good saves."