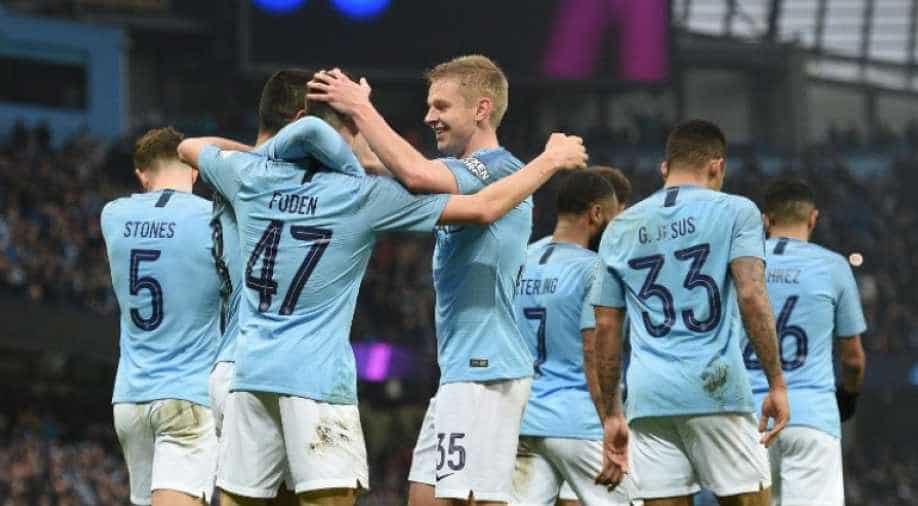 Pep Guardiola's deft introduction of a new generation at Manchester City inspired their latest Premier League title triumph, laying the foundations for a burgeoning dynasty at the Etihad Stadium.

Pep Guardiola's deft introduction of a new generation at Manchester City inspired their latest Premier League title triumph, laying the foundations for a burgeoning dynasty at the Etihad Stadium.

Guardiola's side were crowned English champions for the third time in four seasons after Manchester United were beaten 2-1 by Leicester on Tuesday.

City have sealed the silverware with three games to spare, regaining the trophy they were forced to surrender to Liverpool last season.

Vincent Kompany, Yaya Toure and David Silva all left the Etihad Stadium over the last four years after establishing themselves among the most influential players in City history.

Even this season, City's record goalscorer Sergio Aguero has been phased out and will leave in the summer.

But rather than let the departure of the old guard serve as a death knell for City's ambitions, Guardiola has transitioned to a new crop of stars capable of keeping his side on top for years to come.

Dias has been the most important addition as the Portugal centre-back proved the perfect replacement for Kompany.

Signed from Benfica in September, the 23-year-old adapted seamlessly to the Premier League, adding physicality and leadership that brought the best out of John Stones at a time when the England defender was in danger of squandering his potential.

England playmaker Foden has long been earmarked as a future star and the 20-year-old is living up to the hype at last after a breakthrough season.

Cancelo's dynamic bursts from right or left back allowed City to out-number opponents in attacking areas, providing Guardiola with a big pay-off for keeping faith with the 26-year-old after an underwhelming first season following his move from Juventus.

Ilkay Gundogan's late flowering at age 30 has been an added bonus for Guardiola as the German midfielder's superb form and glut of goals covered for De Bruyne's various injury problems and a low-key year for Raheem Sterling.

Most encouragingly for Guardiola, only Walker and Gundogan have hit 30, giving him a group capable of a dynastic reign.

While the changing of the guard is well underway, ironically it was one of City's senior citizens who played a vital part in their revival from an uneven first half of the season.

When City were held to a 1-1 draw by lowly West Bromwich Albion on December 15, Guardiola admitted "I don't like this team, I don't like the way we play."

Days later, the City boss was still brooding and a lethargic training session on New Year's Eve convinced him to call on Brazilian veteran Fernandinho for help.

Fernandinho, 35, has been City's captain this season and Guardiola urged him to tell his team-mates their efforts were not acceptable.

"After that session, Pep came and spoke to me as captain, as the leader of the team. He was blunt. He told me that not everyone was at 100 percent. And, in this team, when you come to train, you do it at 100 percent, or you stay home. There is no negotiation," Fernandinho told the Players' Tribune.

"I arrived at the ground the next morning ahead of training, and I said, 'Tell Pep we'll start training a little later today.' It was an emergency.

"Once we got everyone together, I spoke openly. I spoke as captain. I told them what Pep had told me, that some things are inexcusable. We needed to be shaken."

It was a defining moment as City put Chelsea to the sword in their next match and haven't looked back.

"Our next game was away at Chelsea. Before the match, I thought to myself, 'If these guys don't run here, that's it, I'm done!' I was ready to lose all morale," Fernandinho said.

"But, of course, we won. Thank God, since then we've been on an amazing, record-breaking run."

Ominously for City's title rivals, Fernandinho believes the desire for more success burns as bright as ever in the new generation.

"The most important thing is when you win titles and trophies, you get that hunger to win even more. That's what we have here," he said.