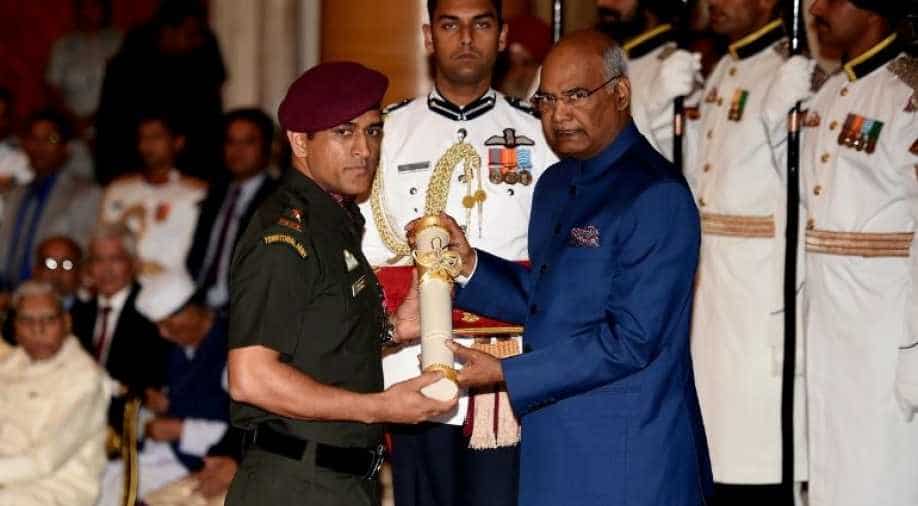 The wicketkeeper-batsman who enjoys cult status in the cricket-mad country is part of the Army.

Indian cricket star Mahendra Singh Dhoni starts patrol duties in Jammu and Kashmir from Wednesday to discharge his responsibilities as an honorary colonel in the army, the military said.

Dhoni is sitting out India's tour of the West Indies that begins this week and there has been speculation he might retire after struggling in this month's World Cup that saw India knocked out in the semi-finals.

The wicketkeeper-batsman who enjoys cult status in the Indian cricket arena is part of the territorial Army.

He will do a 15-day stint with the Victor Force engaged in counter-insurgency operations against terrorist in Kashmir.

"He will be taking on the duties of patrolling, guard and post duty and would be staying with troops," the army said in a statement, adding that its headquarters had approved a schedule which incorporated Dhoni's requests.

Dhoni has trained as a paratrooper and jumped from aircraft, an army official said, adding, "This stint in Kashmir is part of his training."

Making use of sports figures such as Dhoni, whose brand value is worth millions of dollars, helps the security forces raise their profile, particularly among young people who are their key pool of recruits.

More recently, he has played a role beyond hitting sixes and getting out batsmen though his glovework behind the stumps.

In March, at Dhoni's behest, Indian cricketers wore army camouflage-style caps during a match to show solidarity with paramilitary police killed in a terrorist attack in Kashmir by a Pakistan-based terrorist group.

During India’s opening match with South Africa at the World Cup, Dhoni stirred controversy with gloves that sported the territorial Army's dagger insignia.

Dhoni, who turned 38 this month, captained the side to the World Twenty20 title in 2007 and their second 50-over World Cup title in 2011 at home. Widely considered the best 'finisher' in contemporary cricket, he is a veteran of 350 one-dayers.