Made him my obsession: Ashwin reveals how he got the better of Steve Smith in 2020/21 IND-AUS series 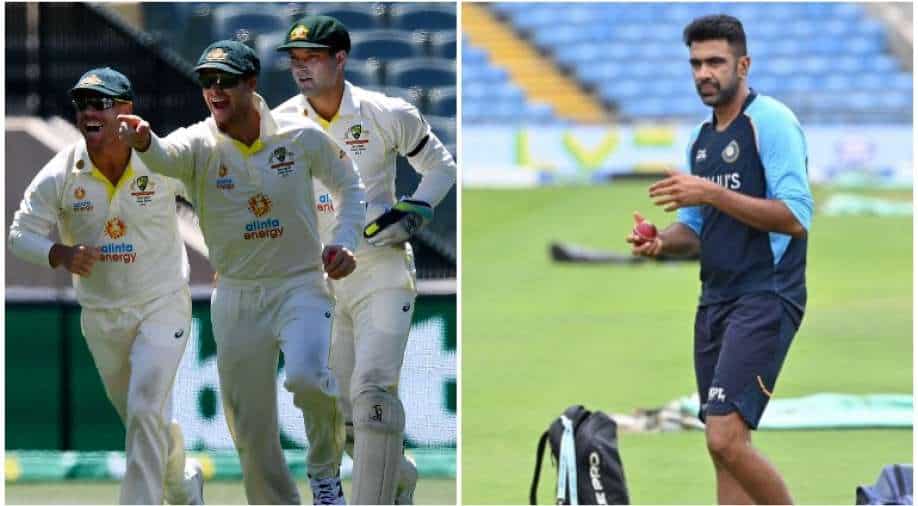 Ashwin reveals how he got the better of Smith in 2020/21 Ind-Aus series Photograph:( AFP )

R Ashwin opened up on his duel with Steve Smith during the 2020/21 Border-Gavaskar Trophy in Australia. Ashwin dismissed Smith thrice in the entire series.

India achieved their second Test series win over Australia in their own backyard during the 2020/21 Border-Gavaskar Trophy. Despite not having the services of Virat Kohli (due to paternity leave) after the first Test, which India lost by 8 wickets, the Ajinkya Rahane-led Indian team pulled off an upset over Tim Paine-led Aussies to win the series 2-1 Down Under.

During the series, India managed to keep Steve Smith at bay -- despite him scoring a century in the third Test -- as the wily off-spinner R Ashwin got the better of the former Aussie captain on three occasions. Recently, the 35-year-old spinner Ashwin opened up on his duel with Smith and how he managed to keep him quiet with the bat for most part of the epic series.

Speaking to ESPN Cricinfo, Ashwin said, "I made him (Steve Smith) my obsession for about six months, not just two weeks or three weeks. Just footage, just watching different matches. The most recent series they played (before India toured Australia in 2020-21) was New Zealand. I went through every single day's play. I would go on to my app and check - how many runs was (Marnus) Labuschagne batting on when Will Somerville came on to bowl? Which ball did he hit over the cow corner?"

"As a spinner, you need to be very precise in Australia. Every run you give must be on your own terms. So whenever Marnus Labuschagne steps out, he hits the ball over cow corner for an offspinner, or he hits it over mid-off. It's very rare through long-on. And he doesn't have a flat sweep, he has a lap sweep, like a paddle. All these shots have a trigger. And it's very fine. If you don't know or if you've not seen enough footage, you cannot pick these things up. And with Steve Smith, his batting is very momentum-driven. Most of his batting comes from his hands, so my whole idea was to disturb his hands through the series. He's got certain hand-movement patterns. You have to pick them and be able to bowl in a way that disturbs his hand pattern. So I bowled with different load-ups, different speeds, different run-ups and all that. I realised I kind of got to him," Ashwin further elaborated.

With no Kohli for the last three Tests, many experts and former cricketers hadn't given Team India any chance going forward after the Adelaide Test drubbing. Nonetheless, the likes of Rahane (MCG Test ton), Ashwin, Mohammed Siraj, Jasprit Bumrah, Hanuma Vihari, Shubman Gill, Shardul Thakur and Washington Sundar stood tall in various crucial junctures to bail India out and come from behind to win the series 2-1. Ashwin, in particular, was one of the key players for India, ending as the side's second-highest wicket-taker (11) after Siraj (13).

At present, Ashwin is gearing up for India's upcoming three-match Test series versus South Africa in the African nation. The first Test commences on December 26 in Centurion.