Luka Modric: Would exchange all individual awards for a World Cup 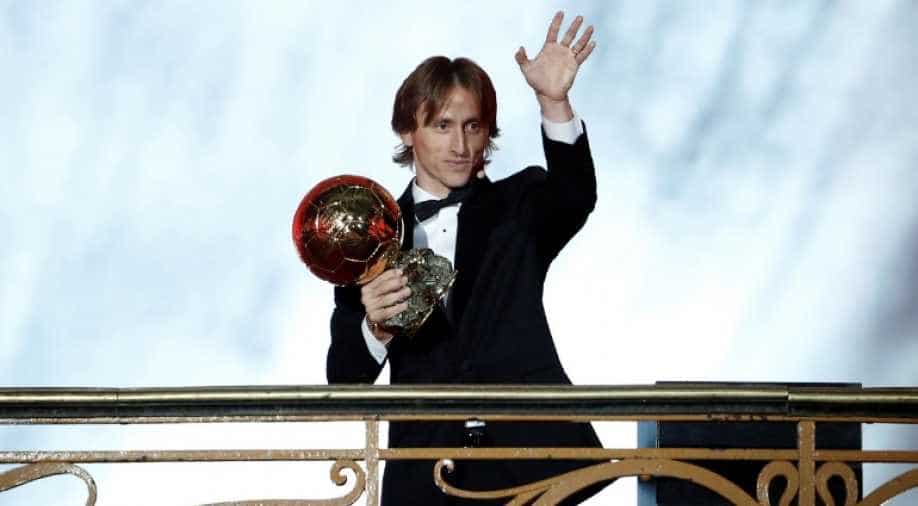 'I would change all of this for a World Cup,' says Luka Modric.

Real Madrid's Croatian midfielder Luka Modric, winner of the 2018 Ballon d'Or, said that he would exchange all of his individual awards in return of a World Cup.

While interacting with the media, Modric said, "I would change all my individual awards for a World Cup. Unfortunately, it didn't happen, even this success that we achieved in the World Cup, for such a small country as Croatia, is something amazing."

Croatian team was hailed for their historic World Cup run in Russia as the Modric-led team reached the final, however, the team lost to France to finish second.

"I would change all of this for a World Cup. But how it didn't happen, this is a great feeling to win at least this, and I'm very happy for it."

Luka Modric is the first player in history to be awarded the World Cup Golden Ball, UEFA Men's Player, FIFA Best Men's Player and Ballon d'Or in the same year.

"It's a unique feeling. I'm happy proud and honoured, I have a lot of emotions right now, it's hard to describe in words," said Modric, wearing a tuxedo as he collected the award from presenter and former France forward David Ginola after 2018 Ballon d'Or glamorous ceremony at the Grand Palais in Paris.

"It’s a big pleasure to be here among all these players. I am still trying to realise that I have become part of a group of exceptional players to win the Ballon d’Or throughout history."

The Ballon d’Or was first presented in 1956 and partnered with soccer's world governing body FIFA as 'The Best' award from 2010 to 2015, until becoming its own entity again.