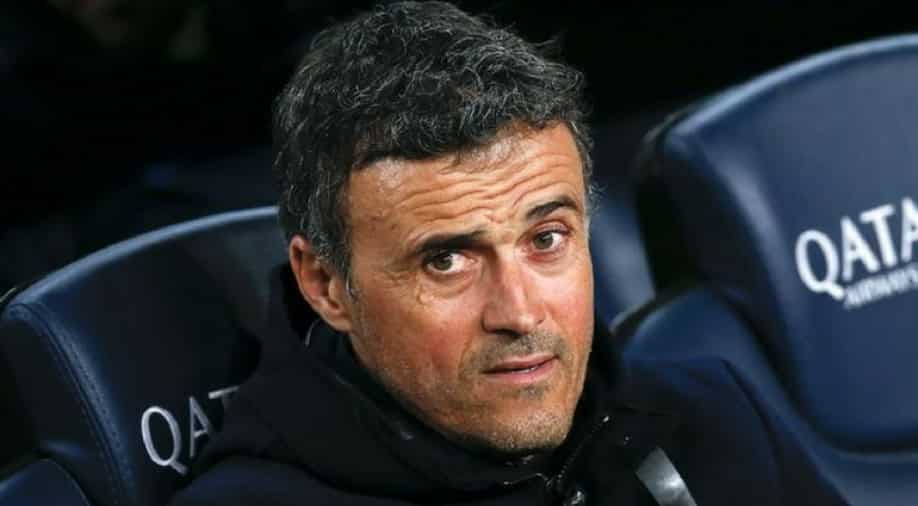 'It is a difficult, measured and well thought-out decision and I think I have to be loyal to what I think,' said Enrique. Photograph:( Reuters )

Barcelona coach Luis Enrique will leave the Spanish La Liga champions at the end of the season, saying he needs to "rest".

Luis Enrique made the announcement at the post-match conference after Barca thrashed Sporting Gijon 6-1 at the Nou Camp to keep up their bid for a third league title.

"I would like to thank the club for the confidence they have shown in me, it's been three unforgettable years," said Luis Enrique, who has won two Liga titles, two King's Cups and the 2015 Champions League since succeeding Gerardo Martino in 2014.

"It is a difficult, measured and well thought-out decision and I think I have to be loyal to what I think," said Enrique, who will leave at the end of his contract this summer.

"It's about how I live with my profession, with a never-ending quest for solutions and to improve my team. That means I have very little time to rest, very few hours to disconnect.

"I think it will be good for me at the end of the season, because I need to rest. That's the principle motive."

"The most important thing is we have three exciting months left in all three competitions. In one of them, we are in a difficult situation but if the stars align, we will have a chance to turn it around."

Some of Enrique's best moments at FC Barcelona

Barcelona is on the verge of elimination from the Champions League after losing 4-0 to Paris St-Germain in the first leg of the round of 16.

Luis Enrique's final dream at the Spanish club would be to defend the La Liga and Copa del Rey titles this season.