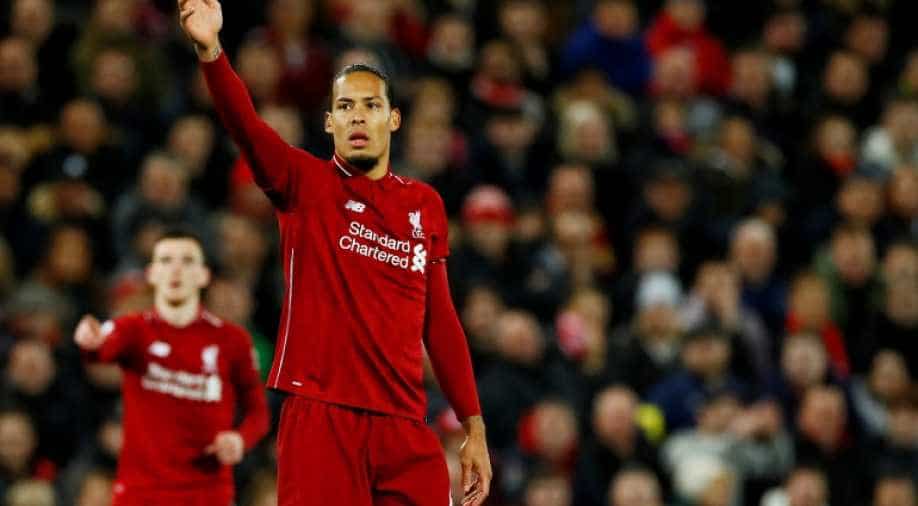 With Alisson ruled out of Wednesday's UEFA Super Cup clash with Chelsea and facing a longer layoff, Van Dijk believes Adrian has the quality to step up and perform for Jurgen Klopp's team

Liverpool goalkeeper Adrian's Premier League experience can help him seamlessly slot into their starting lineup if first choice Alisson is out for a long spell with a calf injury, defender Virgil van Dijk has said.

Brazil goalkeeper Alisson suffered the injury after slipping in the 36th minute of their 4-1 opening day victory over Norwich City and was replaced by Spaniard Adrian, who joined the club as a free agent four days earlier.

With Alisson ruled out of Wednesday's UEFA Super Cup clash with Chelsea and facing a longer layoff, Van Dijk believes that former West Ham shot-stopper Adrian has the quality to step up and perform for Jurgen Klopp's team.

"I think he's at that kind of age, that stage of his life and career that he can come in and slot in to the team pretty easy," Van Dijk told the British media.

Adrian, 32, made only five appearances in cup competitions for West Ham last season but has played 125 top-flight matches for the London club before joining Liverpool following the departure of Simon Mignolet.

"He's been through so many things in the Premier League... I'm sure he'll be fine if he does his normal thing," Dutchman Van Dijk added.

"He (Alisson) is very important for us, but I've no idea what the actual damage is. We'll see over the next days what the outcome is going to be.