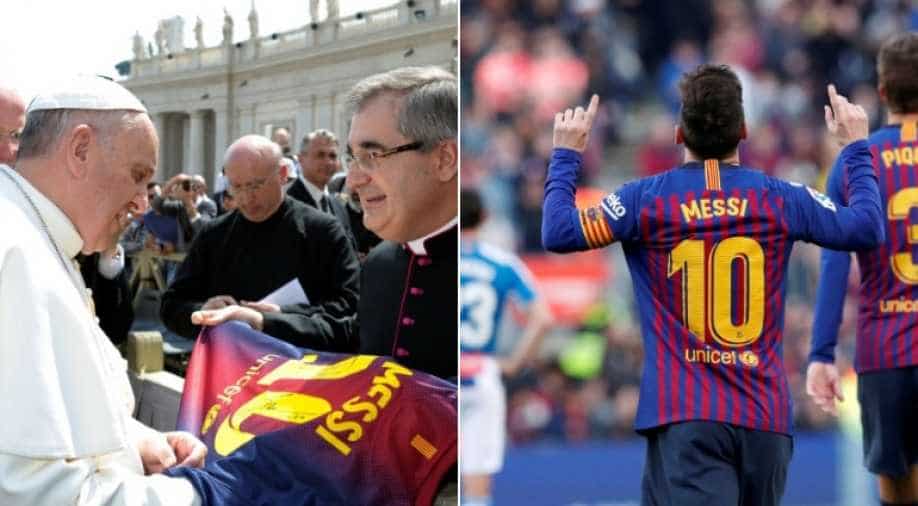 'In theory, it is sacrilege,' said Pope Francis, who is known to be a football fan.

Pope Francis said during an interview to a Spanish TV channel that Barcelona's star footballer Lionel Messi is great but "he is not God".

Messi has scored 16 goals in 12 Champions League appearances to help Barca reach the quarterfinals in the ongoing season and also helped his side reach the Copa del Rey final.

For his great footwork and decisive skills, Messi is often hailed as football God by his fans.

The leader of the Catholic Church explained that theoretically, Messi's reference to God is a violation of something which is sacred and it shouldn't be done.

"In theory, it is sacrilege," said Pope Francis, who is known to be a football fan.

Pope, who was Born in Buenos Aires, is also a club member of Buenos Aires side San Lorenzo.

Recently, Messi's two goals gave Barcelona victory in the Catalan derby over Espanyol on Sunday, taking the Liga leaders another step closer to the title.