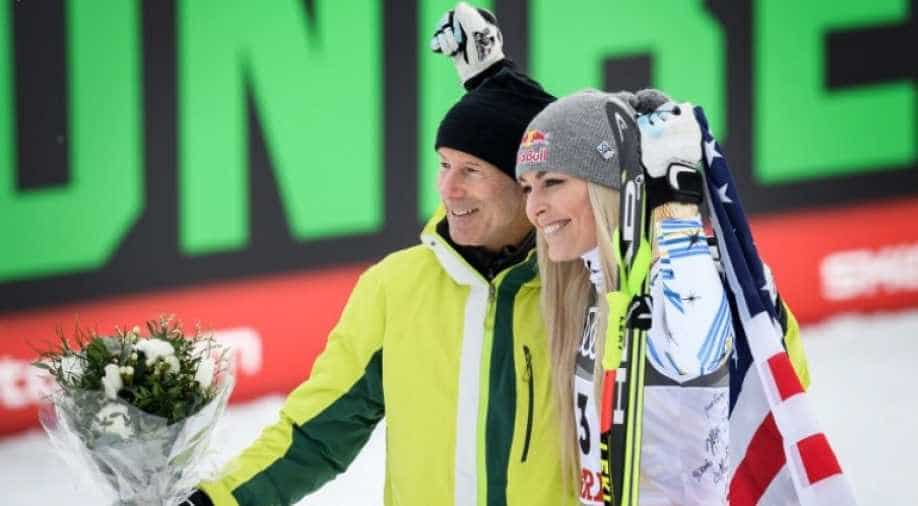 Lindsey Vonn will head into retirement having overcome "serious anxiety" to bag one last medal, lauded by rivals as a supreme role model whose trail-blazing on-piste success guarantees her a place in the pantheon of alpine skiing greats.

The 34-year-old American, who admitted this season that her "body is broken beyond repair", claimed bronze in Sunday's world downhill behind Slovenian winner Ilka Stuhec and Swiss Corinne Suter.

The final race of the 2010 Olympic downhill champion's 19-season career was the "perfect ending", Vonn said, adding that she didn't think her absence from the sport would leave a void as big as the one felt in athletics by Usain Bolt's departure.

"I wanted more than anything to finish strong. I didn't want to end up like Tuesday, in the fence," said Vonn in reference to the super-G.

"It was an internal battle but in the end I won with my emotions, I stayed calm and was able to execute my plan ... and hang on for one last podium.

During her career, Vonn has, among other accolades, claimed 82 World Cup victories, as well as four overall World Cup titles and 16 discipline globes -- a record.

She will hang up her catsuit, however, tantalisingly four short of Swedish icon Ingemar Stenmark's World Cup winning record of 86.

Stenmark was present in Are, after being badgered by Vonn "via text, in all caps, many exclamation points!"

"He's a man of few words but he's calm, friendly and kind. It meant so much to me to have him in the finish," Vonn said of Stenmark.

"He's an icon and a legend in our sport. He doesn't like the spotlight, but he deserves to have it. I was just so grateful he was there, honestly it's the perfect ending to my career."

Vonn added that she had been inspired after watching Norwegian Aksel Lund Svindal, a close friend and erstwhile training partner, win silver in his final race in Saturday's men's downhill.

"I was cheering on Aksel, because I know he wanted to finish strong, like me," she said.

"It was really inspiring to watch him get a medal in his final race and definitely inspired me to again push myself one more time to try to get on the podium.

"We both had our fairytale finish and I'm excited to celebrate our careers tonight!"

Vonn, who posed for posterity shot after the race with her dog Lucy and all the other racers, insisted she had no doubts about her retirement, saying: "I'm in a position where my body isn't allowing me to ski the way I know that I can.

"I don't know that I can win any more and that's why I'm retiring. My body isn't allowing me to do what I need to do to win races. That's the best I could have done today. There's not another gear."

Asked if she thought she'd leave a Bolt-sized void in the sport, Vonn replied: "I hope not, there are a lot of good characters out there."

She picked out Italian Sofia Goggia, and Austrian Marcel Hirscher, Norway's Kjetil Jansrud and Italian Dominik Paris on the men's side before also naming US teammate Mikaela Shiffrin.

Vonn had caused an overnight contretemps with Shiffrin, who had taken exception to her assertion she could have medalled in all five disciplines in Are.

But super-G champion Shiffrin, although absent from Are as she hones her technique for the slalom and giant slalom, was one of the first to congratulate Vonn.

"When you close out your career with a world champs medal... Big congrats to @lindseyvonn for a perfect final run," said Shiffrin, along with emojis of clapping hands and party poppers.

Vonn added: "There's a lot of people that have the potential to continue to grow the sport, but it's not just about success but doing everything you can to promote it and that's a part of your job as an athlete."

Turning to what lay ahead for her, the most successful female skier of all time was in no doubt: chilling at home with boyfriend P.K. Subban of the NHL's Nashville Predators, watching US crime series Law & Order.

All done in the full knowledge that there would be no daily knee warm-up the following morning.