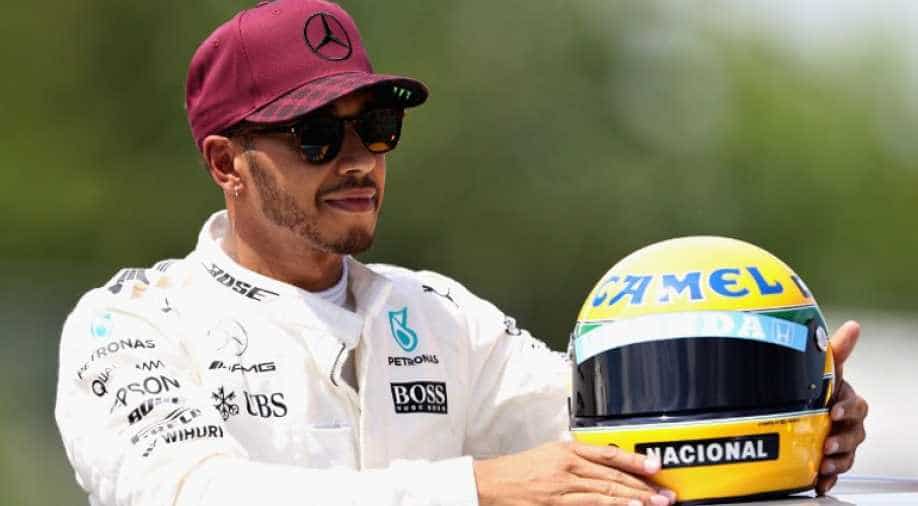 Hamilton won his fifth Formula One world title. He also made a statement during an interview that said India was a poor place. He later apologised for it.

British racing driver Lewis Hamilton had described the year 2018 as magical after he won his fifth Formula One world title and led his Mercedes team to its fifth consecutive championship.

Hamilton's near-perfect 2018 is built upon his stupendous victory in Abu Dhabi Grand Prix where he reeled off the 11th win of a dominant season.

His new mind and strategy make him one of the greatest drivers in the history of the sport. However, he has deflected all suggestions of being the greatest F1 driver, saying seven-time champion Michael Schumacher remains the man who most deserves that label.

Hamilton has won 51 of the 100 races in the V6 turbo hybrid era becoming the first driver to score more than 400 points in a season with a final tally of 408.

But, despite such records, the Mercedes driver had to face some setbacks, not for his performance on tracks but for the comments he made against India and his own hometown Stevenage.

In November this year, Hamilton raised some serious concerns over Formula One's decision to hold next Grand Prix in Vietnam, a statement which questioned his stand on expanding the sport to other countries.

According to AFP, Hamilton, in an interview to BBC, had said that "he would prefer to see more stops in countries with a genuine racing tradition, rather than expanding to new markets."

In his statement,  Hamilton went on to say that India was such a poor place yet F1 had this massive, beautiful grand prix track made in the middle of nowhere.

"I've been to Vietnam before and it is beautiful. I've been to India before to a race which was strange because India was such a poor place yet we had this massive, beautiful grand prix track made in the middle of nowhere. I felt very conflicted when I went to that grand prix. We had a grand prix in Turkey and hardly anyone came. Cool track, cool weekend but poor audience."

The Briton had to face several criticisms on social media for his comment and was forced to clarify it but the damage was already done.

The backlash didn't end there as the next to criticize the F1 driver were the residents of his boyhood hometown Stevenage.

As per Reuters, on December 16, Hamilton on national television at BBC Sports Personality of the Year awards, said he grew up in a slum and had been a dream for him and his family "to get out of the slums".

The comment drew condemnation from offended civic authorities and on social media, again forcing the 33-year-old to apologise.

In an Instagram post on December 18, Hamilton admitted that he had made a mistake and said 'he chose the wrong words'.