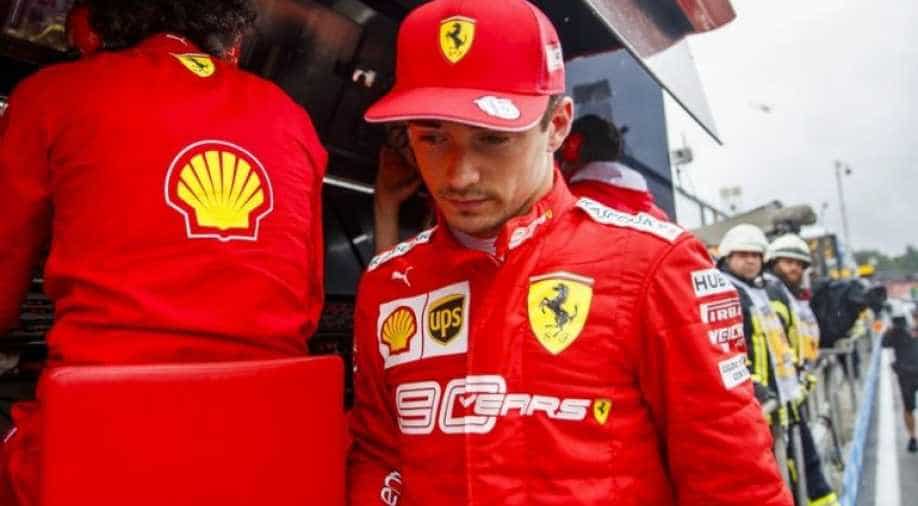 Formule One star Charles Leclerc on Thursday complained that his words have been "manipulated" on social media to suggest he is racist because he has not joined drivers taking a knee before races.

Formule One star Charles Leclerc on Thursday complained that his words have been "manipulated" on social media to suggest he is racist because he has not joined drivers taking a knee before races.

The Monegasque Ferrari driver argued his case both a video news conference ahead of this weekend's 70th Anniversary Grand Prix at Silverstone, and in a series of tweets earlier in the afternoon.

He told the press conference he "did not want to be judged any more."

Leclerc is one of six drivers who chose to stand and not take a knee during all four pre-race anti-racism demonstrations this season.

On Thursday, he complained he had become a focus of criticism.

"It is very sad to see how some people manipulate my words to make headlines making me sound like a racist," he wrote in the first of a series of tweets.

"I am not racist and I absolutely hate racism. Racism is disgusting," he went on.

"Stop putting me in the same group as these disgusting people that are discriminating others because of their skin colour, religion or gender.

"I'm not part of them and I never will. I've always been respectful to everyone and that should be the standard in today's world.

"And to whoever is using my image to promote their wrong ideas, please stop. I'm not into politics and I don't want to be involved in that."

He talked about his tweets during the news conference.

"As I've said many times, I'm quite active on social media and I just do not accept to be called the way I've been called in the last few weeks -- negatively obviously, just because of not kneeling.

"I just wanted to make a straightforward tweet just to express my feelings and that's it."

Fellow-driver Kevin Magnussen of Haas also explained his position on Thursday after he chose to abandon kneeling and to stand instead before last Sunday's British Grand Prix.

Magnussen said he wanted to support F1's anti-racism stance, but to distance himself from any political message associated with the Black Lives Matter movement.