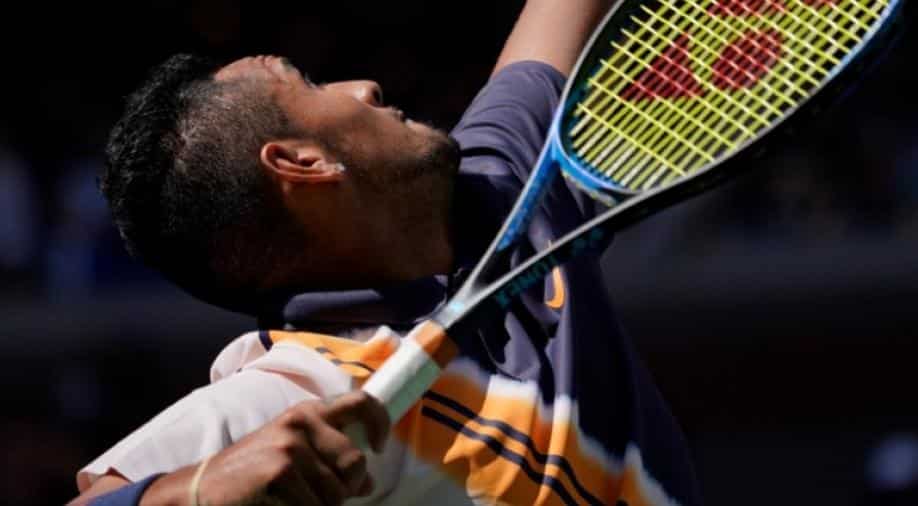 Woodbridge said on Tuesday that Kyrgios probably attracted the extra scrutiny on himself.

Australian tennis player Nick Kyrgios' previous outbursts and bad behaviour have meant that umpires are probably keeping a closer eye on him than his opponents, according to compatriot Todd Woodbridge.

The 23-year-old Kyrgios was involved in a row with French official Damien Dumusois during his shock first-round loss to American qualifier Bradley Klahn at the Shanghai Masters on Monday.

Dumusois told Kyrgios a point early in the second set "was really borderline", which prompted a fiery response from the Australian who reacted by saying "I don't care".

Woodbridge said on Tuesday that Kyrgios probably attracted the extra scrutiny on himself.

"It's interesting when you watch him, the umpires are watching him more closely than generally they watch the other end," Woodbridge told reporters at an event for next year's Australian Open.

"A little bit of that has been brought on by himself. It's fair to say he gets engaged a little too often."

Last year he was fined $10,000 and forfeited his first-round loser's cheque following a decision to walk off after losing the first set against Steve Johnson.

In 2016, he was banned for eight tournament weeks and fined a total of $41,500 after he was beaten 6-3, 6-1 by Mischa Zverev in a second-round match in which Kyrgios put in a series of half-hearted serves and appeared to be walking off court before the unseeded German had returned the ball to him.

Monday's controversy was also the second time within the last six weeks that Kyrgios' effort has been questioned by an official.

Swedish umpire Mohamed Lahyani was reprimanded by US Open organisers for going "beyond protocol" when he climbed down from his chair to give Nick Kyrgios a mid-match pep talk during his second round match against Pierre-Hugues Herbert.

Woodbridge suggested that Kyrgios was probably running on empty, which made him look disinterested and that he should look to manage his schedule better next year and concentrate on the Grand Slam and elite tour events.

"I think with Nick when he's fresh he plays great and it's about managing schedules as much as anything," Woodbridge said.

"When he's fresh we don't see him 'leave the court' so to speak where his eyes wander; when he's playing fresh he's got the opponents in his sights.

"I think next year it's about a focus on slams and actually performing and going deep in those."