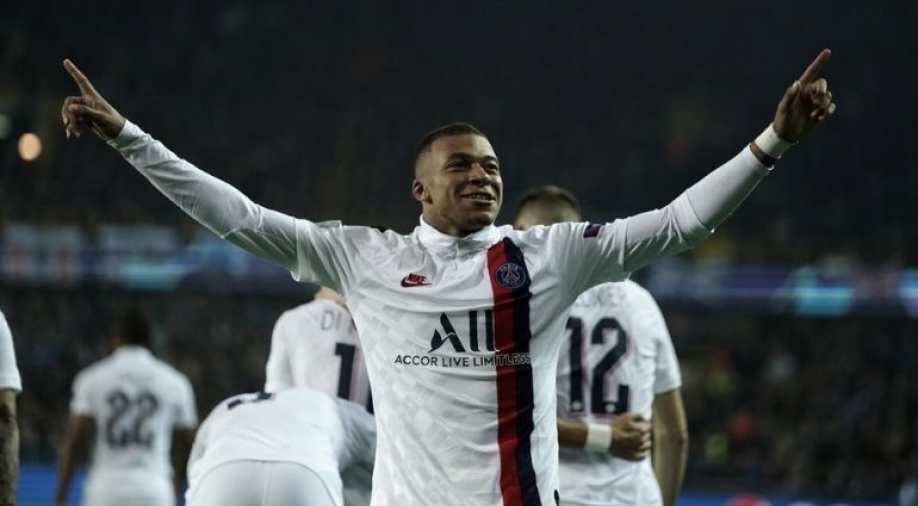 Although PSG were leading at half-time after Mauro Icardi’s early goal, they were finding it hard to assert themselves until Mbappe came on in the 52nd minute.

After being left out of the starting line-up in the Champions League on Wednesday, Kylian Mbappe said he wanted to prove Paris St Germain would find it hard to do without him and showed as much by coming off the bench to bag a hat trick in a 5-0 away demolition of Club Brugge.

The 20-year-old came on early in the second half to deliver a virtuoso performance as the French champions moved to the cusp of qualification for the next stage, keeping their 100 per cent record in Group A.

Although PSG were leading at half-time after Mauro Icardi’s early goal, they were finding it hard to assert themselves until Mbappe came on in the 52nd minute with a point to prove.

“It's true that I wanted to start, I thought I was going to start. But the coach had made his choice and you have to accept that,” he told reporters afterwards.

Mbappe has been battling with a hamstring injury and has had little game time this season and coach Thomas Tuchel warned before hand he would not play for the entire 90 minutes of the match in Belgium.

“I wanted to show that it's hard to do without me. I want to fight to keep my place and help the team,” Mbappe added.

Time on the treatment table had not sat well with the World Cup winner.

“Football is my passion, it's been two months that I could not play and I found that very frustrating. But I thank the medical staff, they took good care of me.

“I want to play every game, resume the pace and score goals. I want to go back to being 100 per cent.”

Brugge will attest it did to take him long to show all the characteristics that make him one of the game’s most exciting players, not least the lightning speed that saw him cut through the home defence, plus the deft touches to finish.

His hat trick came in 21 minutes as Brugge were blown away.

"It's an extraordinary result, because I'm convinced it's always very difficult to win a Champions League game,” added Tuchel on the club’s website.

“It was hard until we scored the second goal. That gave us confidence and we won the ball back more. Kylian coming off the bench did us good, but we mustn't forget the work done for 60 minutes before that.”

PSG meet Brugge again in their next Champions League game, hosting them on Nov. 6.