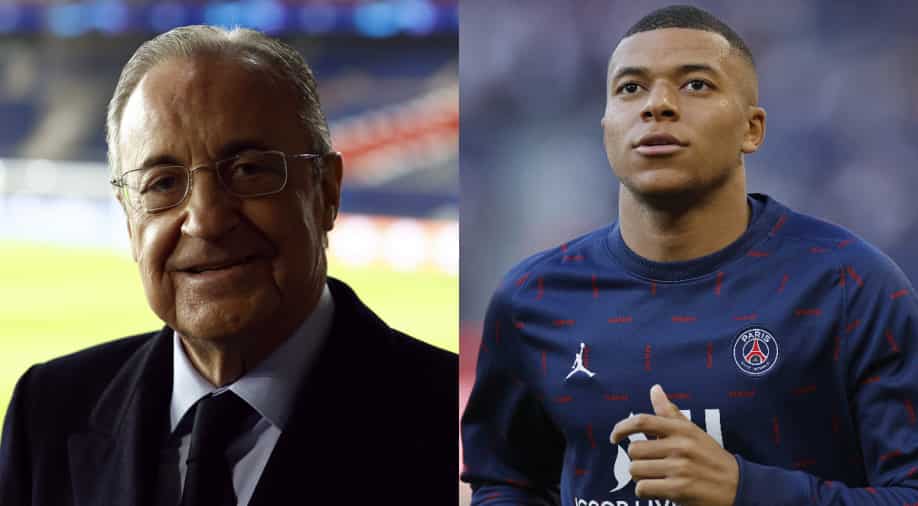 Real Madrid Florentino Perez said Kylian Mbappe has already been forgotten by the club after the French striker rejected the Los Blancos to stay at PSG.

Real Madrid president Florentino Perez insisted that Paris St Germain forward Kylian Mbappe was not on the club`s minds as they celebrated a record-extending 14th European Cup crown after victory against Liverpool in Paris on Saturday.

Mbappe was widely tipped for a move to the Spanish capital but signed a contract extension until 2025 at PSG last week in a dramatic U-turn, a decision that irked many Real players and fans.

"Real Madrid will always continue to work on having the best players, but today Mbappe is already forgotten," Perez told reporters after a Vinicius Jr tap-in gave them a 1-0 win.

"Nothing has happened, Real Madrid have had a perfect season and that is a forgotten issue, there is only a Real Madrid party."

Mbappe`s choice to stay at the French champions has triggered a war of words between the parties involved after LaLiga president Javier Tebas said they would file a complaint against PSG to UEFA because the deal "attacked the economic stability" of the European game.

Ligue 1 president Vincent Labrune hit back at Tebas on Thursday, saying his denigration of the French league and its players was "unacceptable".