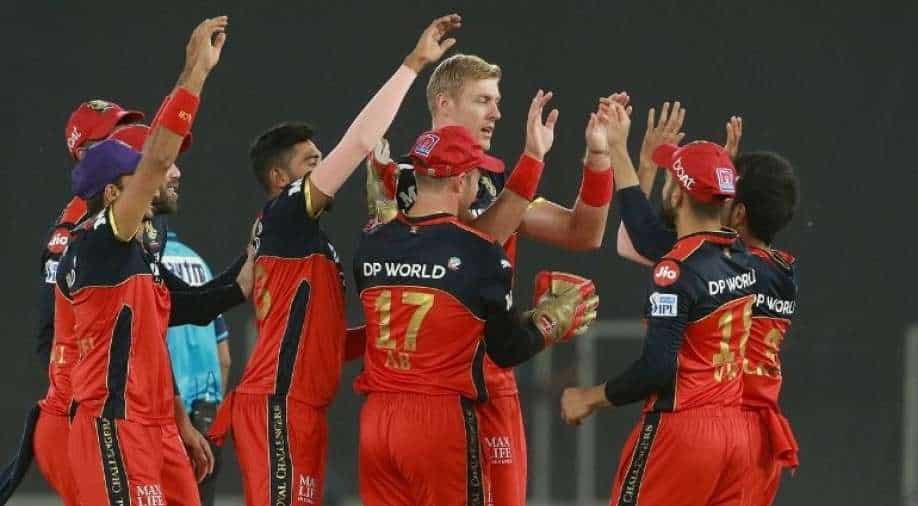 Royal Challengers won a thriller against Delhi Capitals as Virat and Co. regained the top spot after a One-run win.

Royal Challengers Bangalore's Kyle Jamieson is having a good run in the ongoing IPL season as the Kiwi scalped six wickets in six matches played thus far. The lanky speedster feels that pressure situations during IPL games will help him in the upcoming T20 World Cup that is scheduled to be hosted in India later this year.

"Absolutely, any experience you can have in this part of the world before the World Cup is valuable. I am not getting carried away, you still have to earn the right to be selected in the T20 World Cup squad. I am trying to soak up as much as I can, I am trying to learn. In the first five-six games we have played, there have been fresh learnings each time. You gain bits and pieces each time you play, being exposed to pressure situations always helps you," said Jamieson during a virtual post-match news conference.

Royal Challengers won a thriller against Delhi Capitals as Virat and Co. regained the top spot after a one-run win.

"It has been good, it has been an eye-opener. I have loved every second of it, pretty fortunate to have an experienced dressing room and yeah, long may that continue. Maybe not one run, but that's sort of T20 cricket, you cannot take it for granted. The run-rate was never at that stage where it was out of reach against the caliber of Pant and Shimron Hetmyer. It was all down to how we execute," said Jamieson.

Jamieson was sold to RCB for whopping INR 15 crore, when asked about the pressure of his hefty price tag, he replied: "Yeah, it's certainly, probably I did not see it at first, I ignored it in my mind, I thought it will be fine. I think the first couple of weeks going through the Australia series, dealing with something of this magnitude has been a process. I think in terms of being here, there is no expectation as such."

"I had a chat with Mike Hesson where it was conveyed to me that I am here to do a role. The first month, probably first six weeks after the auction was tough, I had some learnings from that which will hold me in good stead," he added.