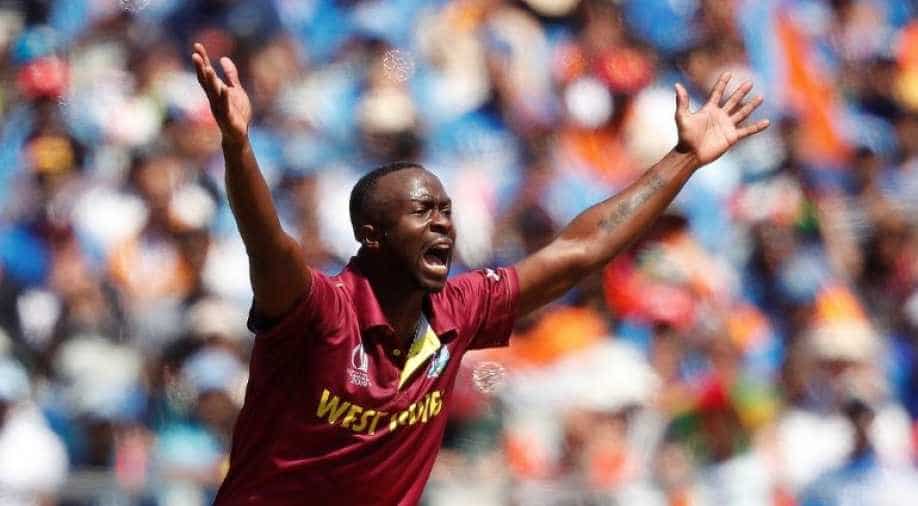 West Indies have a bright future despite the team's elimination from the Cricket World Cup on Thursday, fast bowler Kemar Roach said after India snuffed out their slim chances of making the semi-finals.

The comprehensive 125-run defeat at Old Trafford was West Indies' fifth loss in seven matches as the winners of the first two World Cups joined Afghanistan and South Africa on the sidelines.

Also Read: MS Dhoni is legend of the game, we always back him, says Indian skipper Virat Kohli

"We have some quality players around. Hetmyer and Oshane, the younger guys, once they get some good guidance, they'll do well for West Indies.

"I've confidence in the guys. I'll always be a fan of West Indies cricket for sure. And there's no doubt about it.

"There are a couple of guys back home doing well as well. So hopefully we'll see these guys filter into the West Indies team in the probably near future."

West Indies began their campaign by beating 1992 champions Pakistan but did not taste another victory and narrowly went down to Australia and New Zealand.

"After the first win against Pakistan, the guys were confident going forward into the World Cup," said Roach, who became the first West Indian to take a World Cup hat-trick in 2011 against the Netherlands.

"I think a couple of close games against Australia and then New Zealand...I think it's tough because you want to get over the line, obviously, and get some confidence going forward but it didn't work out for us.

"But I think the guys, keeping our heads up. We're out now, but obviously there's a future for us.

"We're still learning, couple of young guys on the team got a great future for them. And it's all about being positive and looking forward."