Digvijay Singh Deo: Kashyap, good to see you as always, must say it has been a long time...

P Kashyap: Yes, it certainly has. I'm just hanging in there during the crisis. I've heard that training sessions have started all over the country, so just waiting for things to open up in Hyderabad.

DSD: So how have the last 2 months been for you,  one of the sportspersons I interviewed for this series likened the present situation to being like a caged animal...

P Kashyap: Yes, I would say that is a nice way to put it. I have actually gone through different phases during this lockdown period. I injured my back in March and was initially very motivated to recover from that injury. So I was very disciplined with my physical training, doing two online sessions in a day. For about six weeks I stuck to that routine, but after that, the motivation levels naturally dropped and so did the intensity of my workout. It is difficult to keep up your physical fitness with no end goal in mind. Fortunately in the last ten days, I have been following some sort of fitness regime. 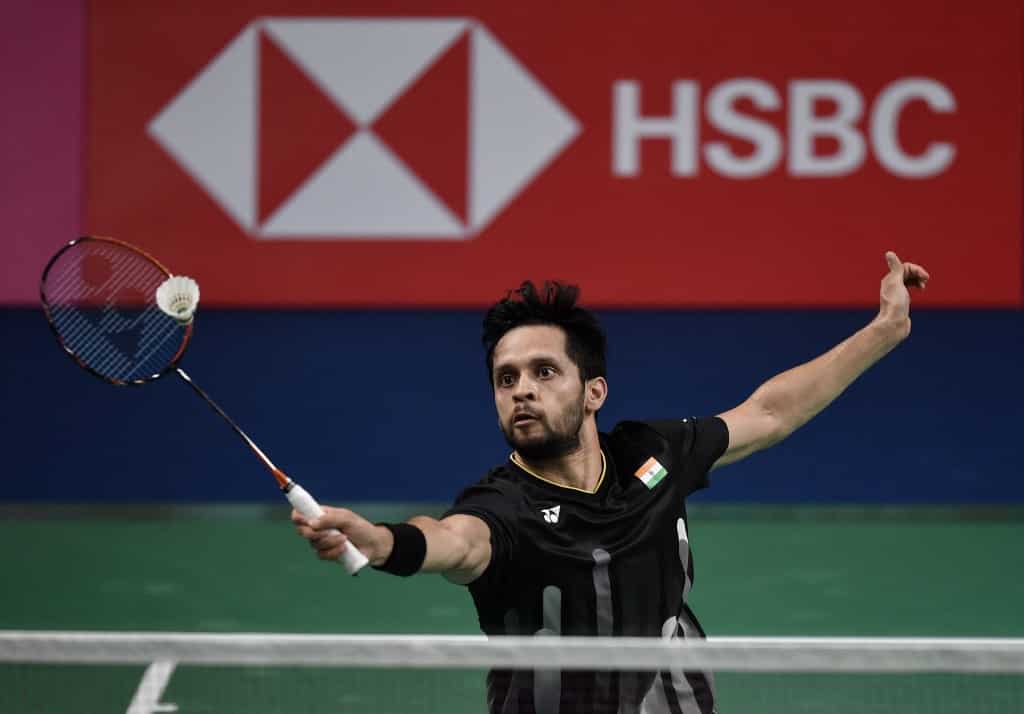 DSD: Your wife Saina Nehwal and you haven't been able to be together as she decided to be with her elderly parents during the initial phase of the lockdown and no one expected this to go on for 2 months now and counting.

P Kashyap: Yes, both of us thought it would be good for us to stay with our parents after coming back from All England Championships.  A week after Saina and I returned to India, the lockdown was announced. So we haven't gotten the chance to see each other for the last two months. Some of the restrictions have been relaxed now, so we might be able to see each other later in the week.

DSD: A lot of athletes around the world like yourself are you used to training day in day out, how difficult is it then for you to come to grips with the current situation.

P Kashyap: Yes, it is extremely challenging for us athletes. I don't have access to the gym and have very limited training equipment at home, so it is difficult for me to do weight training as well. It is difficult to keep yourself motivated when you are not on the court every day. Even when we return to the court, it will have to be a slow process because it will take time for us to return to our peak fitness. Also for me personally, I'm not getting any younger, so I have to be very careful when I'm back out there.

DSD: You and a lot of other players have been extremely vocal in the criticism of the new calendar put out by the BWF, why do you think it is such an issue for the players?

P Kashyap: I was just looking to start a discussion among players on twitter regarding the new calendar. It's an extremely tight schedule, cramming 22 tournaments in 5 months. I'm not going to play each event, but even if I play 11-12 tournaments, the travel is going to be extremely hectic, given the current circumstances. The top ten players in the world might be able to skip some of the events, but players like me, who are ranked between 15-30, will look to play 300 & 500-level tour events a well, which means we will hardly get a week's rest between events. Another disadvantage for us Indians is that we haven't even started our badminton training, whereas players in china and Taipei have been practising for the last one and a half months.

One of the main concerns we have is regarding the travel and quarantine laws of various countries. No clarity has been offered on the part of the BWF and we as players have no idea how long we will have to quarantine ourselves upon reaching a certain country. All of us want to get back to playing, but there needs to be more information provided to the players and it seems like the calendar has been prepared in haste. The first tournament on the tour is the Hyderabad open and the facilities haven't even opened up here, so it is difficult to believe that a tournament will be held in two months.

DSD: At the moment, the BWF haven't offered any safeguards for the players, it seems like they have just put out a calendar without careful consideration, they have put out a disclaimer that they cannot guarantee that every tournament they have announced will take place. Isn't that rather strange?

P Kashyap: Yes, there has to be a certain degree of clarity that has to be provided to the players. As of now, there have been no explanations or communication from the BWF since they put out the calendar. I am part of the athletes' commission, and I hope there will be some statement from the BWF soon on how they plan to hold the events and the measures they will take for the protection of the players. Right now, we haven't even started on-court training here in India, so it's difficult to think about participating in tournaments. 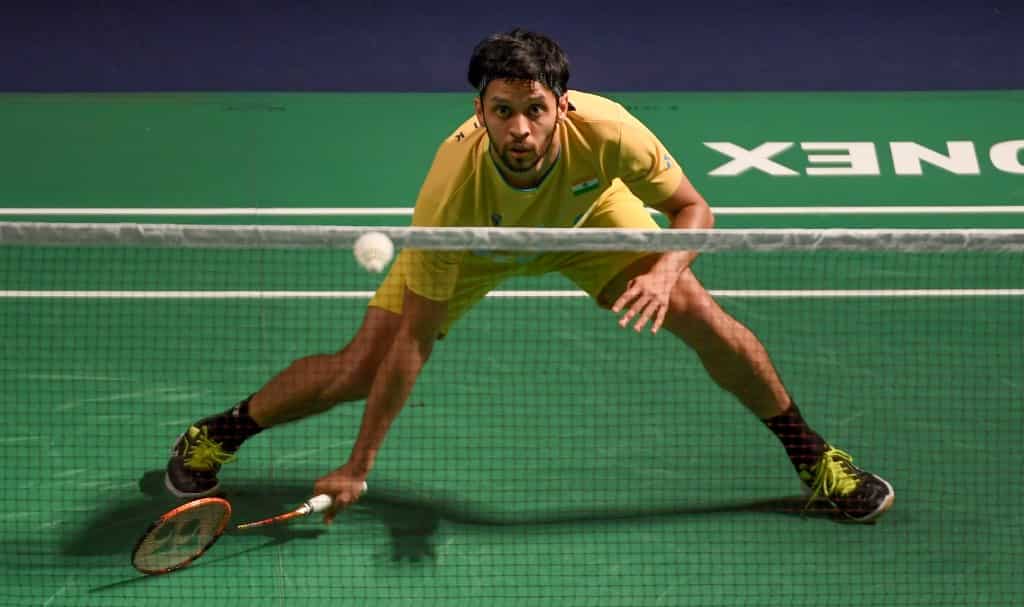 DSD: Now you are part of the athletes' commission, the question is were players across the world consulted before this calendar was announced?

P Kashyap: It doesn't seem like many players have any consulted. I would assume that the head of the athletes' commission would have been present at the meetings, but I cannot say for sure, hopefully, we will get an answer to all these questions soon. There needs to be a dialogue between the BWF and all the stakeholders of the sport. Every country is at a different stage of dealing with the coronavirus and that needs to be taken into consideration while planning the calendar. Players in China and south-east Asia have been training for the past one and half months, whereas we haven't even started, so it is not really a level playing field at the moment. I don't even know how international travel will even be possible in the current environment. I have asthma and I will certainly not feel comfortable travelling to another country until a vaccine is developed.

DSD: Would you have been more comfortable had a full schedule been laid down right till the 2021 Olympics, the problem with the calendar is that there is too much up in the air, instead of anything concrete.

P Kashyap: Absolutely, I understand this is a tough ask for the BWF, but we are dealing with an unprecedented crisis. I am sure they are trying to figure out the future plan, but I don't think releasing the schedule without a proper plan in place, was a good decision, it was amateurish.

DSD: Right through the crisis, a lot of question have been asked of the BWF and as a major sport's governing body, they haven't really covered themselves in glory...

P Kashyap: I'm not trying to pick a fight with the BWF, I think these are valid questions to raise during such a global health crisis. I hope they come up with the answers soon.

DSD: Will you and Saina Nehwal be comfortable travelling to China in September for the China Open?

P Kashyap: That seems highly unlikely right now. This is a conversation all of us Indian players had recently and I don't think anyone would feel safe travelling to China at the moment. It is not just a question of our individual health and safety, but also that of our family and loved ones. I don't mean to be disrespectful to China, but at the moment I just don't see anyone taking the risk of going there since we don't even know what the quarantine laws will be. The USA recently came out with a law that exempted foreign athletes from coronavirus-related entry bans and hopefully other countries will also announce similar laws.

DSD: I was speaking to Sai Praneeth last week and he said considering this period of no activity it will take him close to 2 and half months to regain peak fitness and match sharpness. As it stands the Hyderabad open will be the first tournament out there and it is 2 and a half months away.

P Kashyap: Yes, I feel two and a half months is enough for preparation. Usually, during the offseason, players need about 4-6 weeks to prepare after a prolonged break. I feel two and a half months will allow us to get back to match fitness, but we have to realise that every player will have a different process. We can only figure out the exact timeline once we begin our training. 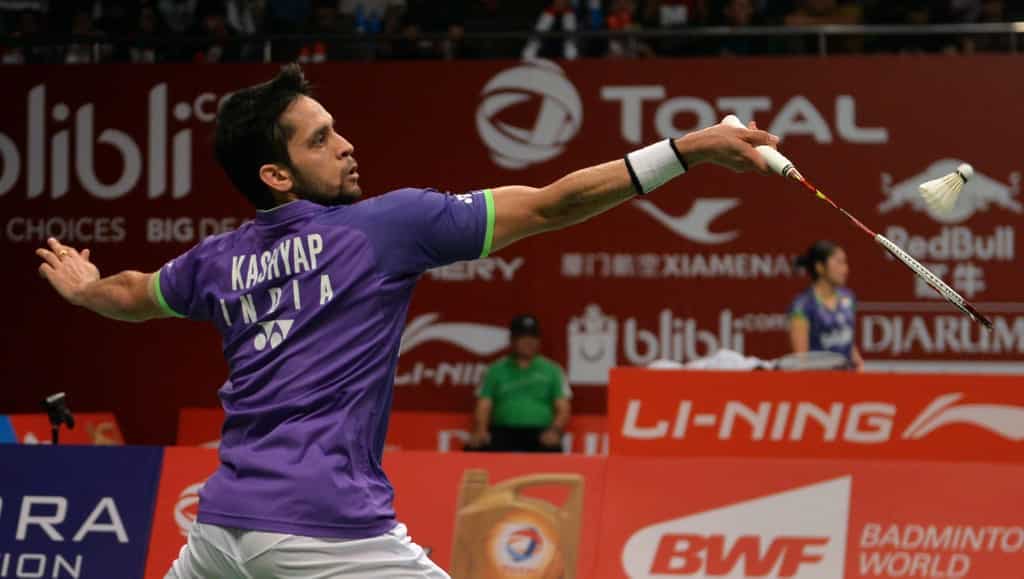 DSD: There has still been no word on the Olympic qualifiers, do you think the priority of the BWF should be to come out with an Olympic qualification schedule.

P Kashyap: Yes, that discussion is ongoing in the athletes' commission meetings. We thought that it would be ideal to first come out with a schedule, then unfreeze the rankings and then finally come out with an Olympic qualification schedule. One option could be to just the play the six tournaments that were left as part of original 2020 Olympic qualifiers, in the corresponding months next year. There is no clarity yet, but this should be addressed as soon as possible.

DSD: Even here in India lots of uncertainty about the restart, some of the guidelines that the sports authority or SAI have come up with do not seem reasonable at all, especially when you are dealing with elite sport.

P Kashyap: Yes it is difficult but certain compromises have to be made. I spoke to some European players and they are following strict health guidelines while playing. Players have been assigned time slots for their training and not more than two players are allowed to be on a single court. This can be taken as a template and we can tweak these rules for India. Badminton is a non-contact sport so training should be manageable. The onus is also on the authorities of the training centres to ensure that health guidelines are followed.

DSD: Do you think that because of these restrictions in place, the skill level of players will be affected?

P Kashyap: It will definitely have an effect on the skill levels, but something is better than nothing. So any sort of practice will be welcome at this point in time. The doubles players might have even more trouble because the current guidelines do not allow 4 players on the court. We follow a '1 vs 3' drill at times to sharpen our game and I understand that it won't be possible at the moment. So there will be restrictions for sure, but we just need something to work with.