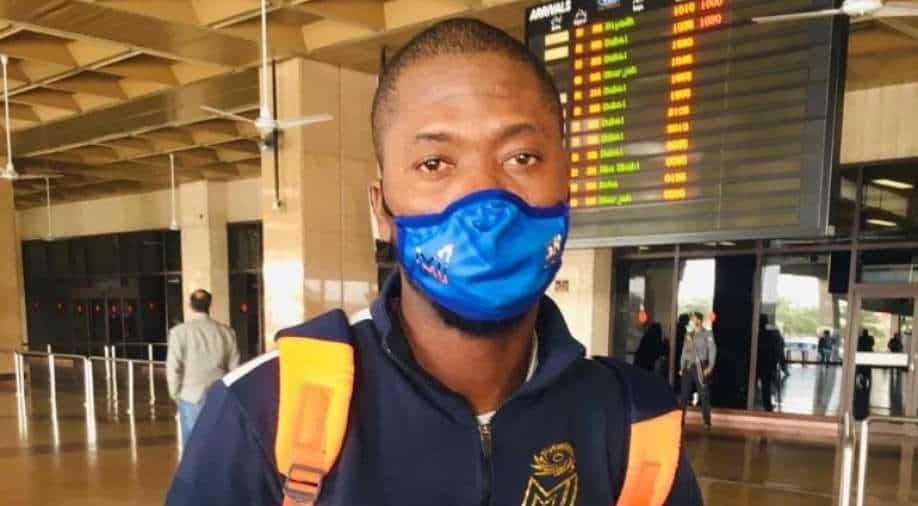 The Caribbean batsman has joined Karachi Kings (KK) as a replacement for Chris Jordan, who has pulled out due to international fixtures.

Pakistan Super League is ready to host the remainder of matches in Karachi after they were forced to postpone the second round due to spread of COVID-19. However, one of the top four teams was brutally trolled even before the playoffs began.

Karachi Kings is one of the top four teams that will be playing to win the tournament. However, even before the playoffs commenced, the team has been trolled after they shared a picture of Sherfane Rutherford.

The Caribbean batsman has joined Karachi Kings (KK) as a replacement for Chris Jordan, who has pulled out due to international fixtures.

Sherfane Rutherford, who was also a part of IPL-winning Mumbai Indians, arrived in Pakistan directly from UAE. KK posted a picture of the player on his arrival which became a talking point on the internet.

In the picture, Rutherford was seen wearing MI's kit.

Atleast offer him jacket and mask.

The playoffs of Pakistan Super League (PSL) has faced back-to-back setbacks as star players like Darren Sammy and Mitchell McCleneghan have withdrawn from the league.

According to Pakistan Cricket Board, PSL playoffs will be played between November 14 to 17 in Karachi. The PCB has also announced the squads for the playoffs.