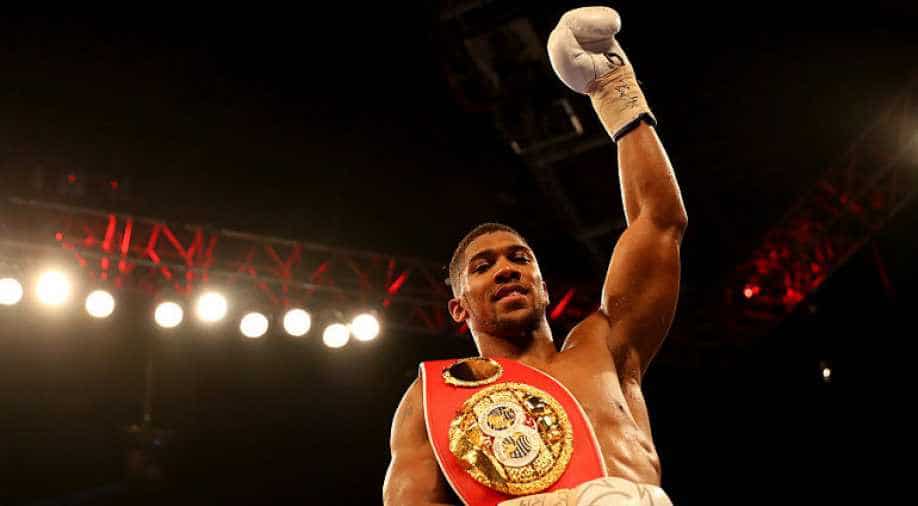 Anthony Joshua will put his IBF world heavyweight title on the line against American Eric Molina in Manchester on December 10, the British fighter's camp said on Tuesday.

"I'm expecting this to be the toughest fight of my career so far and I will be ready for an all-out war," Joshua, who will be making his second defence of the belt, said in a statement.

In April, he stopped American Dominic Breazeale in the seventh round to take his professional record to 17-0.

Molina, 34, has fought for the world title once before, losing to Deontay Wilder for the WBC crown in 2015.

Joshua had been linked to a potential clash with veteran Wladimir Klitschko who lost his IBF, WBO and WBA belts to Tyson Fury last November. Klitschko hopes of a re-match were scuppered by Fury's mental health issues.

That fight could take place early next year, according to Joshua's promoter Eddie Hearn.

"Although the plans are for a major unification in the spring this fight requires Anthony's full focus," Hearn said.