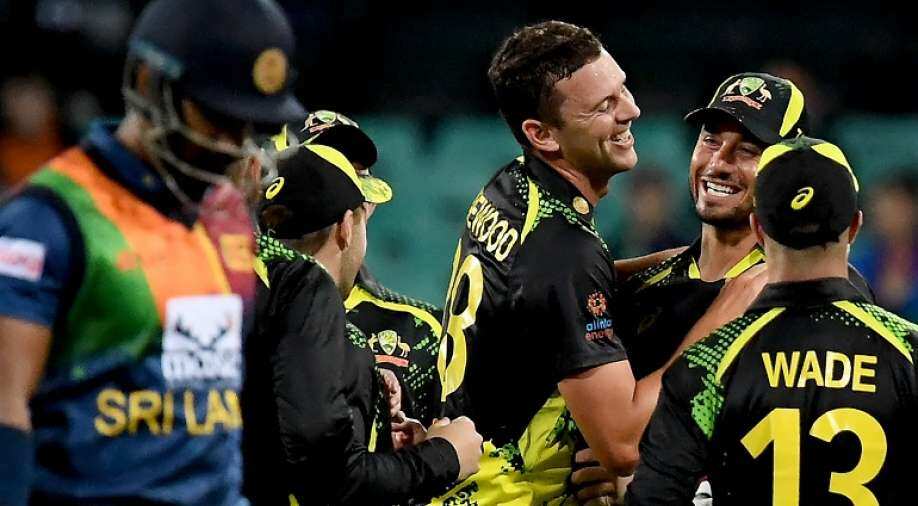 Australia defeated Sri Lanka in the Super Over to win the second T20I of the five-match series here at the Sydney Cricket Ground.

Josh Inglis' 48-run knock, Pathum Nissanka's 73-run knock and Josh Hazlewood's three-wicket haul were the standout performances as Australia defeated Sri Lanka in the Super Over to win the second T20I of the five-match series here at the Sydney Cricket Ground on Sunday.

With this win, Australia has gained a 2-0 lead in the five-match series and the third T20I will now be played on Tuesday. In the Super Over, Sri Lanka scored just five runs and Australia managed to chase it down.

Chasing 165, Sri Lanka got off to a bad start as the side lost Danushka Gunathilaka (0) on the fifth ball of the innings to Josh Hazlewood.

In his next over, Hazlewood struck again as he dismissed Avishka Fernando (5). Charith Asalanka (0) was bowled for a duck by Pat Cummins and Sri Lanka was reduced to 25/3 in the fifth over.

Pathum Nissanka kept Sri Lanka in the game with his 73-run knock and he was supported by Dasun Shanaka who scored 34.

In the final over, Maheesh Theekshana scored ten runs from three balls and in the end, the match progressed to a Super Over.

Earlier, Josh Inglis played a 48-run knock as Australia posted 164/6 in the allotted twenty overs. Skipper Aaron Finch scored 25 for Australia and there was no other batter who stayed at the crease for a long haul.