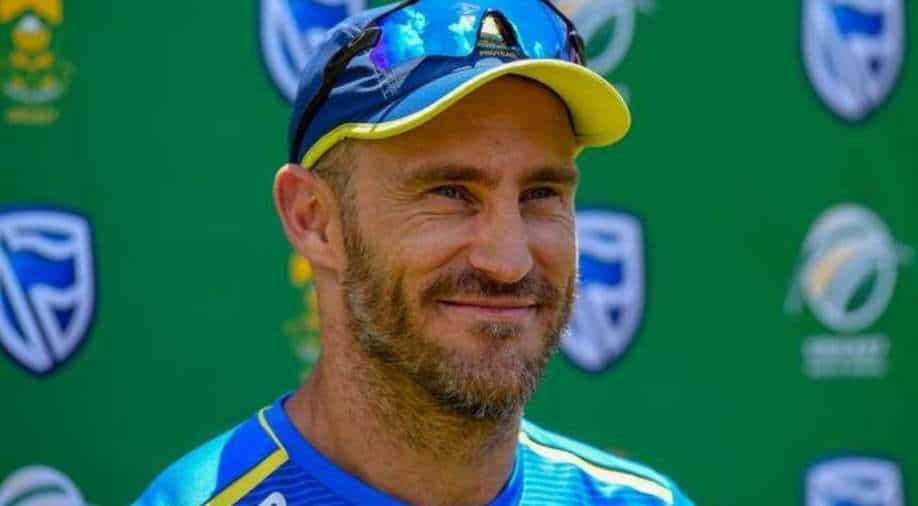 This is a file photo of Faf du Plessis. Photograph:( Twitter )

Mike Hesson, who is the Director of Cricket Operations at RCB has said the franchise will decide on their captain once the auction is over

Former South Africa batter Faf du Plessis has been acquired by Royal Challengers Bangalore (RCB) for Rs 7 crore in the IPL 2022 mega auction and as per the speculations, he could be the next RCB skipper.

Du Plessis was with Chennai Super Kings (CSK) and emerged as a vital cog for the team, leading the Men in Yellow to victory on several occasions.

Now, the RCB team would expect a similar performance from him as they will eye their maiden IPL trophy in the upcoming season.

On Saturday, Aakash Chopra told Star Sports: "100 per cent. In my opinion, he is their captain. They will eventually announce it for sure. Otherwise, they wouldn't have gone that hard for that long because there are other options available."

"If you are looking only at openers, there were options and there will be more in the likes of Jonny Bairstow, Jason Roy. They did not go for someone like a Warner or Quinton de Kock," Chopra added.

For the unversed, India's star batter Virat Kohli had stepped down as skipper of the RCB team after IPL 2021. Kohli was appointed as RCB's captain during IPL 2012 and led the team in 140 matches and won 64.

Mike Hesson, who is the Director of Cricket Operations at RCB has said the franchise will decide on their captain once the auction is over.

"I just want to thank Chennai, the fans, the staff and management and players for what has been a decade as one team. We created a lot of special memories and it's important for me to say 'thank you'," said Du Plessis in a video posted by CSK on Twitter.

"I've enjoyed my time a lot, I miss everyone there. But if one door closes and a new one opens up and that comes up with great opportunities and I'm excited to see what the future holds," he added.