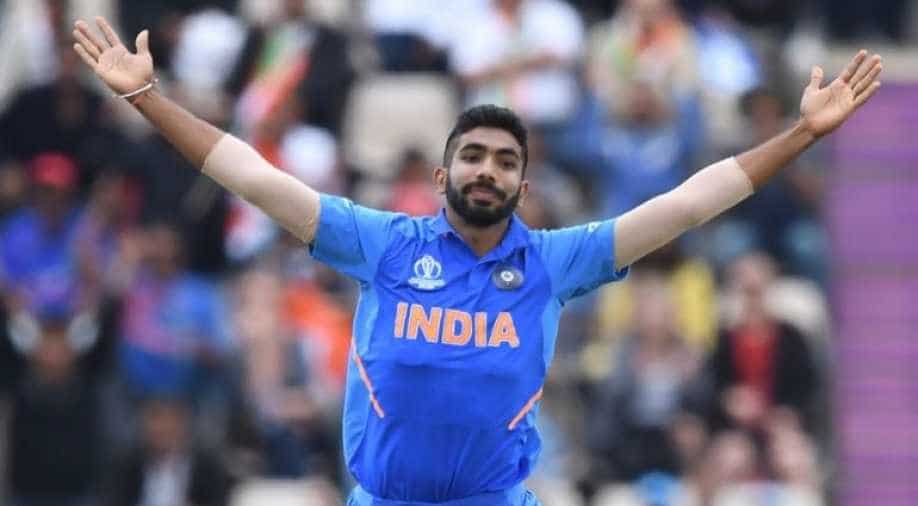 India's pace spearhead Jasprit Bumrah is expected to be the BCCI nomination for the prestigious Arjuna Award this year after missing out on seniority to Ravindra Jadeja in 2019.

India's pace spearhead Jasprit Bumrah is expected to be the BCCI nomination for the prestigious Arjuna Award this year after missing out on seniority to Ravindra Jadeja in 2019.

The BCCI office-bearers are expected to zero in on nominations for the men's and women's categories later this month but the Gujarat pacer's stupendous performance in the last four years makes him the most worthy candidate.

If BCCI decides to send multiple names in the men's category, senior opener Shikhar Dhawan could also be preferred as he missed out in 2018 despite the Board sending his nomination.

Bumrah lost out as he had completed only two years in international cricket while the criteria of selection requires performance of at least three years at the highest level.

"That's why Bumrah, who completed three years of international cricket last year, missed out to Jadeja, who is senior as well as a consistent performer for many years," the source added.

"He certainly has the best credentials. He was ICC's No 1 ranked ODI bowler. He is the only Asian bowler to pick up five-wicket hauls in South Africa, England, Australia and West Indies," the source said.

It is highly unlikely that BCCI will send Mohammed Shami's name this time around as the police case filed against him by his estranged wife alleging domestic violence and adultery means that he won't be eligible.

In case of Dhawan, his seniority is a factor as all his contemporaries (Virat Kohli, Ravichandran Ashwin, Rohit Sharma, Ajinkya Rahane, Cheteshwar Pujara and Jadeja) have got the award.

Dhawan was, however, out of action for a considerable period last year after sustaining multiple injuries.

But a former BCCI office-bearer said that Dhawan's seniority cannot be ignored.

"In 2018, we had sent Dhawan's name for nomination but only Smriti (Mandhana) got the award. So BCCI can send both Bumrah and Dhawan's names," he said.

In the women's section, all-rounder Deepti Sharma, for her consistent show over the past four years including India's highest ODI score of 188, is one of the names along with pacer Shikha Pandey, who is also a Squadron Leader with the Indian Airforce.