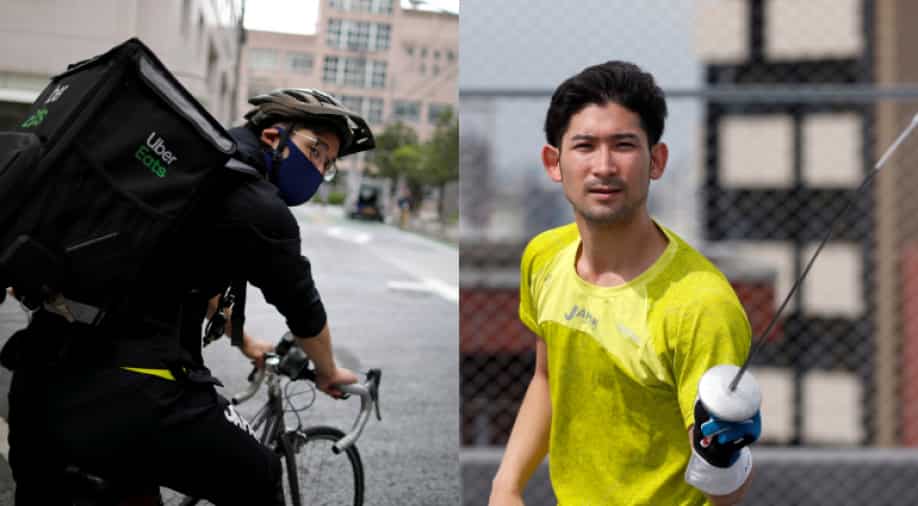 The Olympics were postponed after the International Olympic Committee and the Japanese government decided to delay the games for a year due to coronavirus outbreak.

Japan's top fencer Ryo Miyake has been delivering Uber Eats to keep up with his finances for his fitness and training after the Tokyo Olympics got postponed due to coronavirus pandemic.

Also read: The Bundesliga is back, so can Dortmund catch Bayern?

The Olympics were postponed after the International Olympic Committee and the Japanese government decided to delay the games for a year due to coronavirus outbreak.

Miyake won a silver medal for the men's team in London 2012 and he had tonnes of sponsors backing him for Tokyo games. But due to postponement, he could not accept sponsor money in good conscience.

"It is still unclear how and in what situation I will become an Olympian," said Miyake

"I thought it was a little impudent to receive support in such a situation, so I told them (sponsors) to hold (sponsorship) for the time being."

All gyms in Japan have been shut due to the pandemic, so by cycling his way during his deliveries, he not only wants to make money but also maintains his fitness.

Miyake earns about $18.60 per day which is enough for him to survive and save without sponsorship money. He also is looking for other jobs to increase the amount.

He said: "Now I am digging into my savings for a living, so I have to earn money by myself."

"I also thought by doing Uber Eats delivery, it can prevent my physical strength from weakening."

The demand for Uber Eats has significantly increased due to the lockdown but Miyake is not worried about getting infected. He said: "The risk of getting infected with the coronavirus is low," said Miyake.

"Although you might think you have a lot of contact with people because you deliver goods, as recommended by the application I put the food in front of people's doors and there is no contact."

"The only time I have contact is when I pick up food from the restaurant’s staff."

Miyake was still in the process for qualifying for Olympics when the games were put on halt, it is uncertain for him. He has no clue when will he pick up the rapier and start fencing again.

"Fencing is a sport that doesn't fit with the current situation because we can't practise without having people gathered together," he said.

"I want to restart with a situation where everyone can train freely and without any concern."