I've become half Indian now and I am proud of that: AB de Villiers' shares special message for RCB fans 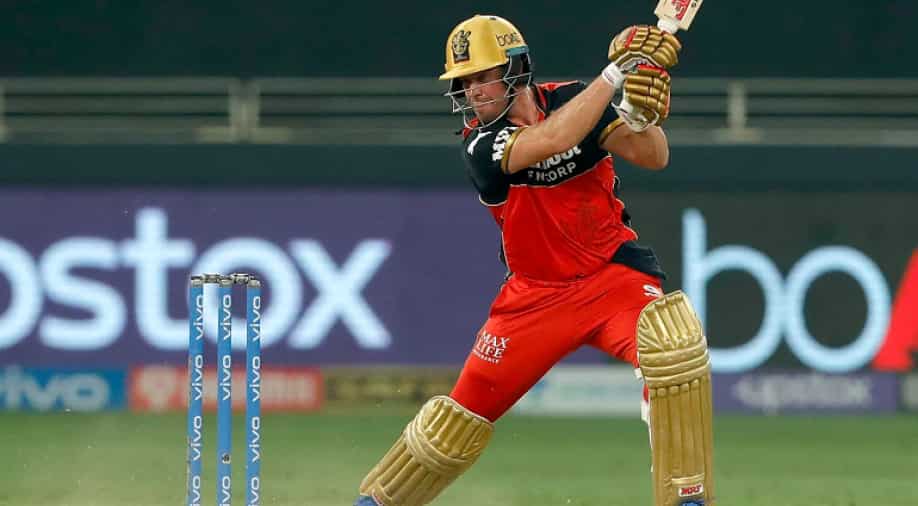 AB de Villiers said he was proud to have become half Indian. | Photo - IPL | Photograph:( Others )

AB de Villiers insisted he is proud of the fact that he has become half Indian, in a message to RCB fans post his retirement from all forms of cricket.

South Africa legend AB de Villiers announced his retirement from all forms of cricket on Friday (November 19), bringing an end to his stint with Royal Challengers Bangalore (RCB) in the Indian Premier League (IPL). De Villiers had retired from international cricket in 2018 but continued to ply his trade in franchise cricket around the globe.

He remained a vital cog of the RCB batting line-up in the IPL and was part of the squad for the 2021 season which concluded in October this year. After hanging up his boots from all cricket, De Villiers revealed he had been contemplating the decision for quite a while now and that it was time for him to prioritise his family.

"All the years of playing cricket, there's been a lot of mixed emotions and things have happened very quickly in the last month or so, and it's been on my mind for quite a bit. I finally just made the decision that it's time for me to really truthfully prioritize family time and to be the best version of myself as much as I can," De Villiers said in a video shared by RCB on social media.

The Proteas superstar, who was famously known as Mr. 360 for his ability to play shots across the ground, also sent a special message to RCB fans and said he was proud to have become half Indian now. De Villiers was one of the most loved overseas cricketers in the IPL and enjoys a massive fan base in India.

“I’m going to be an RCBian for life. Every single person in the RCB set-up has become family to me. People come & go, but the spirit & the love we have for each other at RCB will always remain. I’ve become half Indian now & I’m proud of that,” said De Villiers.

“I’m going to be an RCBian for life. Every single person in the RCB set-up has become family to me. People come & go, but the spirit & the love we have for each other at RCB will always remain. I’ve become half Indian now & I’m proud of that.” - @ABdeVilliers17 #ThankYouAB pic.twitter.com/5b6RUYfjDY

De Villiers had joined Royal Challengers Bangalore from Delhi Capitals in 2011 and spent over a decade at the franchise. He is RCB's second-highest run-getter behind Virat Kohli with 4522 runs in 157 matches at an average of over 41 and is regarded as one of the best batters in the history of the competition.

Overall, De Villiers played 184 matches in the IPL, amassing 5162 runs at an average of 39.70 with the help of three centuries and 40 half-centuries. The Proteas star batted at a stunning strike rate of 151.68 and wowed the fans with his batting exploits in the tournament.