'It's good to be back:' Serena eases to victory in Rome return 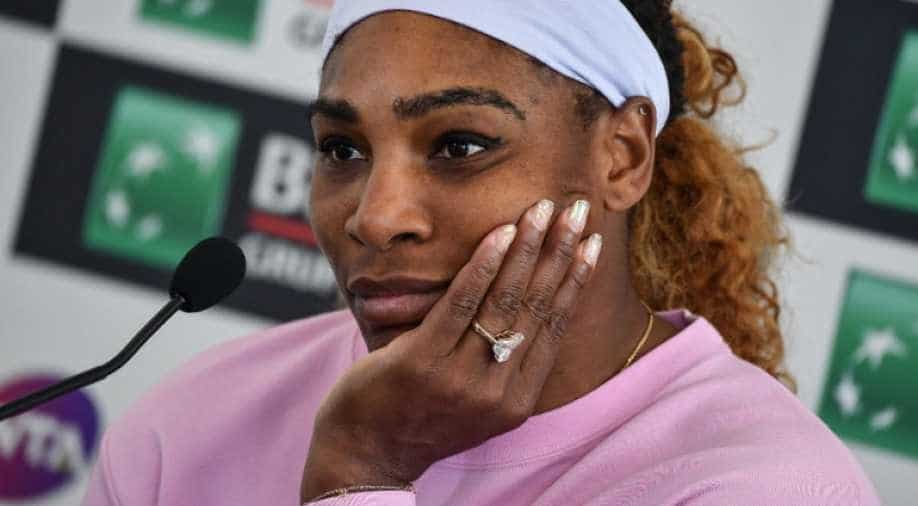 Williams, 37, has not played since a hard-fought three-set win over Petersen in the second round at the Miami Open in March before withdrawing with a knee injury

Serena Williams made a winning return from injury beating Swedish qualifier Rebecca Petersen 6-4, 6-2 to advance to the second round of the Italian Open clay-court tournament on Monday.

Williams, 37, has not played since a hard-fought three-set win over Petersen in the second round at the Miami Open in March before withdrawing with a knee injury.

Watched by her husband Alexis Ohanian, Williams sealed victory on her second match point against her 64th-ranked opponent after 76 minutes on court in the tournament which acts as a warm-up for the French Open in two weeks' time.

"It's been a while, I haven't played a ton of matches this year, not by choice, just by force.

"I really, really, actually desperately wanted to be on the tour and to be playing, but it hasn't been able to work out.

"It felt good to finally be back out. Hopefully I'll be able to keep it up.

"I got here pretty early really, I wanted to get used to the conditions and 'real clay' and it was good I did that."

Petersen looked set to push the former world number one going 3-1 up in the first set, but 10th-seeded Williams won five of the next six games.

She broke twice more in the second and survived two break points against her while serving for the match, sealing victory after double-faulting on her first match point.

She will play either her older sister Venus, who received a wildcard entry to the tournament she won in 1999, or Belgian Elise Mertens in the second round.

Should Serena and Venus meet in Rome, it will be their first meeting on European clay in nearly 17 years.

'Basically have to eat grass'

Williams admitted it has been a struggle to maintain her fitness as she recovered from injury.

"I haven't been able to train or practice a lot, I was out much longer than I expected," she explained. "I did everything I could to stay fit and keep my cardio up.

"I love the clay season and wanted to do everything to be a part of it and I'm here.

"I've just been on this diet basically. It's been awful. When you're sedentary, it becomes hard to manage your body. So it's just basically you have to eat grass.

"It was a nightmare. But it worked and it paid off. I feel like I'm taking it one day at a time.

"For me obviously it's about playing well at all the big moments, including this tournament because it is a big moment.

"Obviously the slams, just getting ready for those events."

A four-time Rome winner, Williams last won on the red clay of the Foro Italico in 2016.

She is preparing for the French Open later this month where a third title on clay at Roland Garros would see her match Margaret Court's record of 24 major singles titles.

In the meantime she is enjoying sharing her favourite sites in Rome with her daughter Olimpia who turns two in September.

"It was really cool to share my favourite city with her, some of my favourite things to see. Obviously the pasta and the food.

"Now when I go to tournaments, I really kind of want to get there early so I can have these different experiences and photos and videos and memories with Olympia.

"She might not remember it, but at least we'll be able to see it in the future."