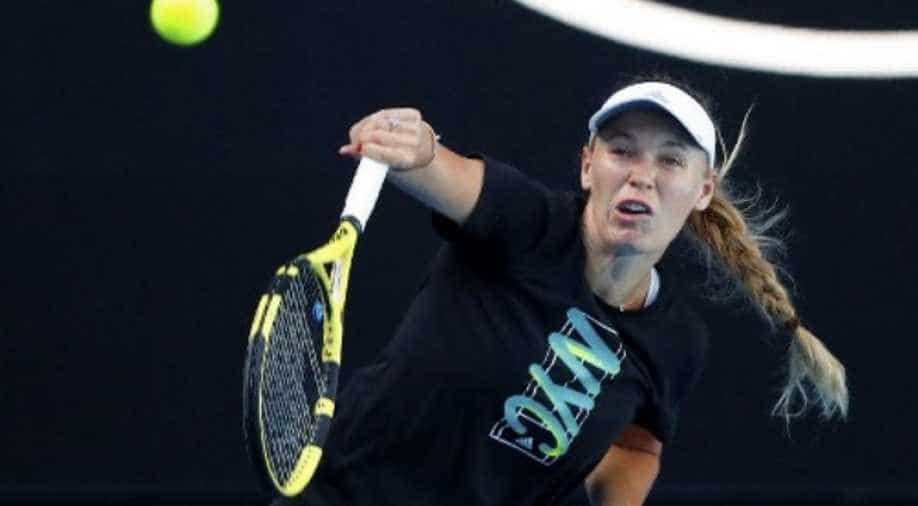 Wozniacki would hope to be fit again for the upcoming Grand Slam, French Open, which starts on May 26

United States' Danielle Collins advanced to the second round of the Italian Open after former world number one Caroline Wozniacki retired because of a leg injury.

For the second consecutive event, Wozniacki has withdrawn early as last week, she had an opening-round injury retirement to Alize Cornet at the Mutua Madrid Open.

In the match, Collins claimed the first set of their opening-round encounter, 7-6(5) but eventually, the match stopped.

World number 20, Collins will now clash with the two-time Grand Slam winner Garbine Muguruza of Spain for a place in third-round.

Now, Wozniacki would hope to be fit again for the upcoming Grand Slam, French Open, which starts on May 26.

"Obviously, I feel for Caroline, what she's going through with her injuries," said Collins.

Danielle Collins claimed a spot in the #ibi19 2️⃣nd round.

Unfortunately, Caroline #Wozniacki had to retire from #ibi19. Get well soon.❤️ pic.twitter.com/ohnaJwmxrK

"It's never fun to go out there and play against somebody that's hurt, and dealing with that kind of pain. I was happy with the way I played, but it's just not a fun situation."