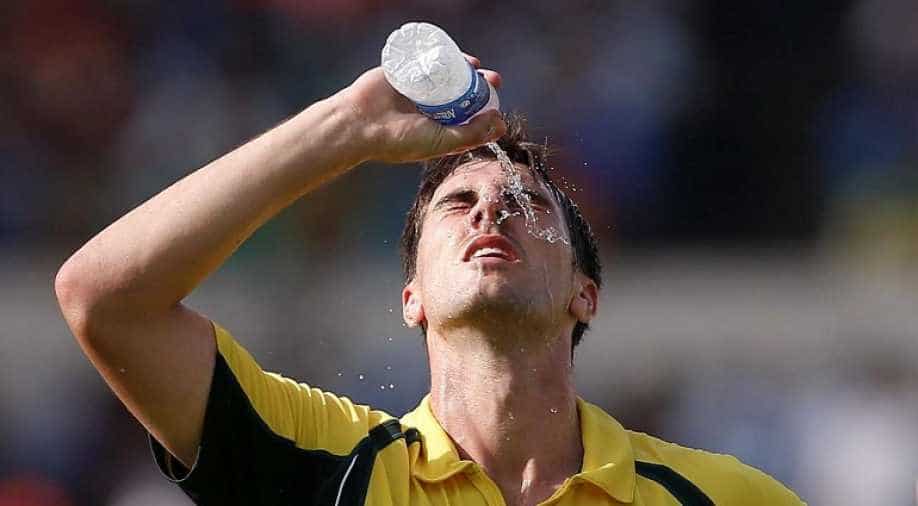 Cummins joined his Australian teammate Mitchell Starc in the list of injured players who will not take part in the IPL. Photograph:( Reuters )

Australian pacer Pat Cummins hasn't completely falsified Michael Clarke's comments that Australian players were 'too scared' to sledge Virat Kohli and Indian team in a fear to lose out on lucrative IPL deals. Commenting on Clarke's statement, Cummins said "you never know, that might have been a factor for some players".

Michael Clarke’s comments continue to garner attention as senior pace Pat Cummins is the latest to join the list to reply to the statement made by the former Australian skipper that the Aussies were ‘too scared’ to sledge Virat Kohli and other Indian players as they fear losing out on lucrative Indian Premier League (IPL) deals.

Replying to Clarke’s comments, Cummins has said that the biggest factor leading into the Test series against India was the media scrutiny. Cummins, who fetched a whopping Rs 15.5 crore deal from Kolkata Knight Riders in the IPL 2020 auction further said that everyone was commenting that the team was playing less aggressively on the field even before the series while adding that would have been a bigger factor than trying to lose friends on the field.

However, Cummins didn’t completely falsify Clarke’s statement as he said that ‘might have been a factor for some players’.

ALSO READ: Not sure who went easy on Virat Kohli for IPL contract: Tim Paine rubbishes Michael Clarke's claims of Aussies being 'scared' to sledge India

"I think probably a bigger factor was six months before leading into that Indian series the media and everyone commentating on the Aussie cricket team were pretty clear in their direction in the way they wanted the Aussies team to go and that was playing a little bit less aggressively out on the field," Cummins told a British news portal.

"I'd say that would have been a bigger factor than trying to win or lose friends out on the cricket field. But you never know, that might have been a factor for some players," the pacer opined.

Earlier, Clarke had said Australia and other international sides have ‘sucked up to India’ due to the financial aspect of the game and players don’t want to lose out on hefty pay-cheques from IPL.

"Everybody knows how powerful India are in regards to the financial part of the game, whether that be internationally or domestically in regards to the IPL," Clarke said on the Big Sports Breakfast radio programme, while adding "so, I feel, Australian cricket, and probably every other team, over a little period went the opposite - actually sucked up to India. They were too scared to sledge Kohli or sledge the Indian players because they had to go and play with them in April.”