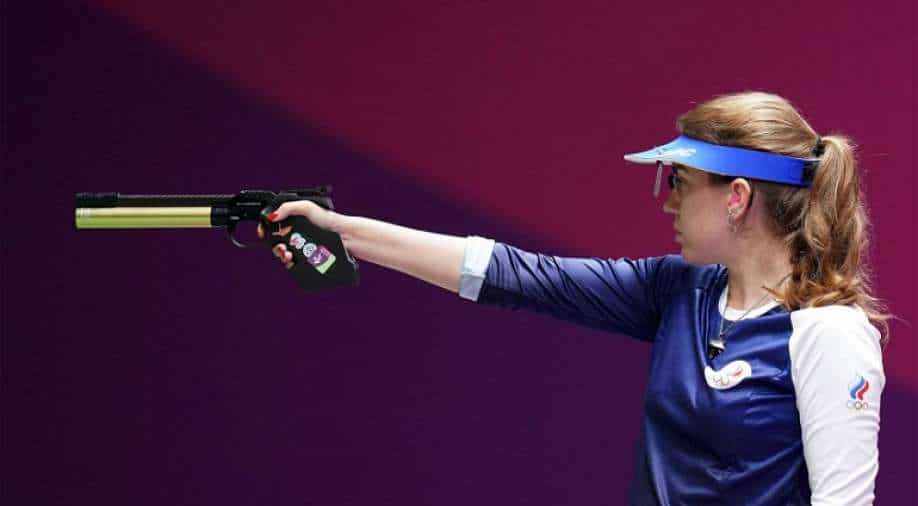 The decision came even as a World Cup takes place in Cairo, Egypt, where Russian shooters were still competing Photograph:( AFP )

The International Shooting Sport Federation (ISSF) has banned shooters from Russia and Belarus from all its events owing to the invasion of Ukraine that has triggered global outrage.

Athletes from Russia and Belarus have been banned from participating in the ISSF Championships following Russia's ongoing military operation in Ukraine.

"Following the respective decision of the IOC Executive Board and a meeting with the IOC President, the ISSF decided that athletes from the Russian Federation and Belarus will not be allowed to take part in ISSF Championships," stated an official ISSF statement.

Following rising tension between Russia and Ukraine, the sports fraternity has become proactive and many events in Russia have been cancelled, including the Russian Grand Prix.

The Champions League final has also been moved out of Russia and it will now take place in Paris.

UEFA and FIFA have also barred Russia from international football until further notice.

Russian President Vladimir Putin on Thursday had announced a military operation in Ukraine and warned other countries that any attempt to interfere with the Russian action would lead to "consequences they have never seen."