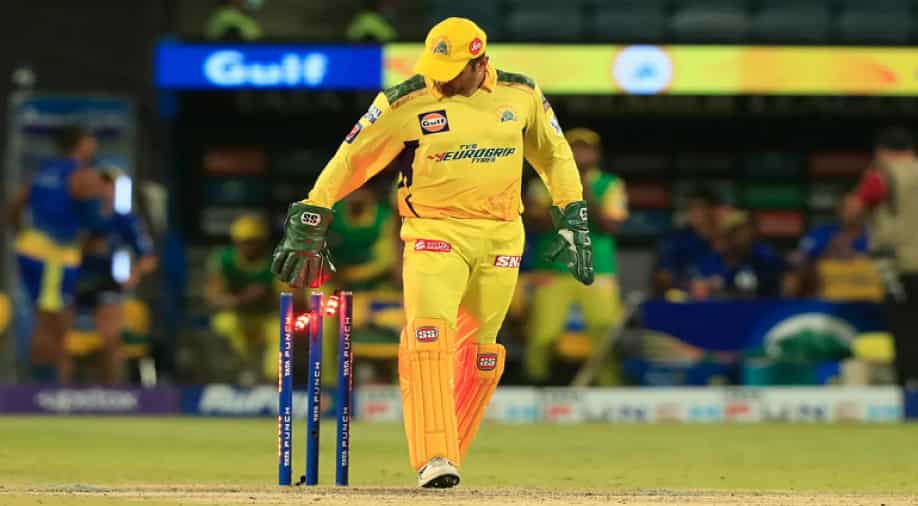 Chennai Super Kings remained in the ninth spot in the points table with the same number of points as Kolkata Knight Riders but a worse net run rate.

Chennai Super Kings registered their third win of the Indian Premier League (IPL) 2022 as they defeated Sunrisers Hyderabad by 13 runs on Sunday. However, they remained in the ninth spot in the points table with the same number of points as Kolkata Knight Riders but a worse net run rate.

The loss also did not change Sunrisers Hyderabad’s position in the points table as they remained fourth with ten points and the second best NRR in the tournament right now - 0.471.

Ruturaj Gaikwad and Devon Conway stitched together the best partnership in CSK history as the defending champions posted a massive total of 202/2 on MS Dhoni’s return as skipper.

Gaikwad missed out on a well-deserved hundred by a whisker as he was dismissed for 99 while Conway remained unbeaten after scoring 85 off just 55 deliveries. In response, SRH kept losing wickets and pacer Mukesh Choudhury ended up with impressive figures of 4/46 in 4 overs. 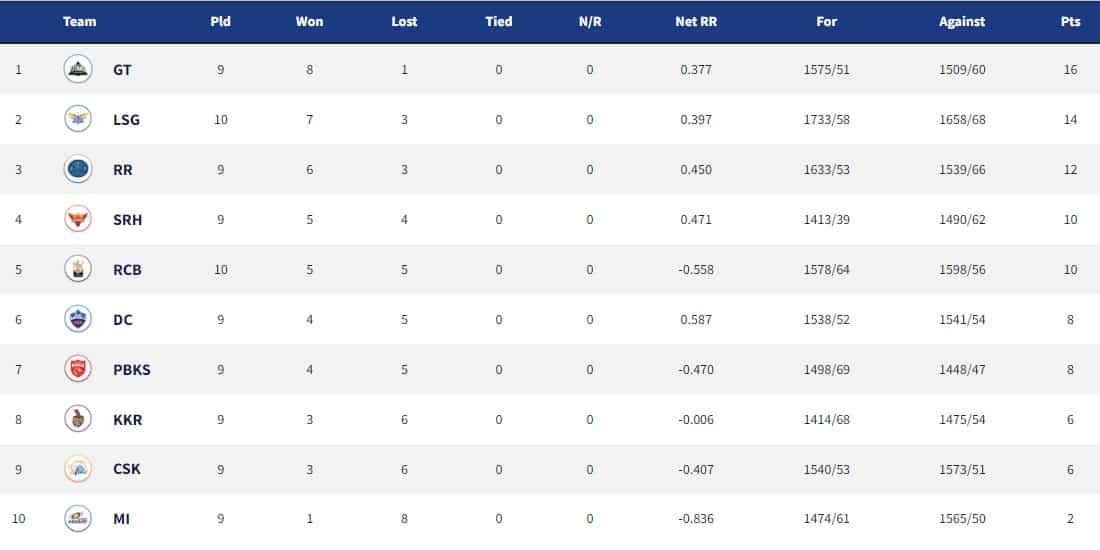 Earlier in the day, Lucknow Super Giants moved up to the second position with 14 points after beating Delhi Capitals in a close encounter. The debutants rode brilliant performances from KL Rahul and Mohsin Khan as Delhi Capitals remain in the sixth position with eight points from nine games.

Gujarat Titans continue to lead the standings with 16 points while Rajasthan Royals are third with 12 points. Royal Challengers Bangalore and Punjab Kings are fifth and seventh respectively while Mumbai Indians are in the tenth spot with just two points and the worst NRR in the competition.