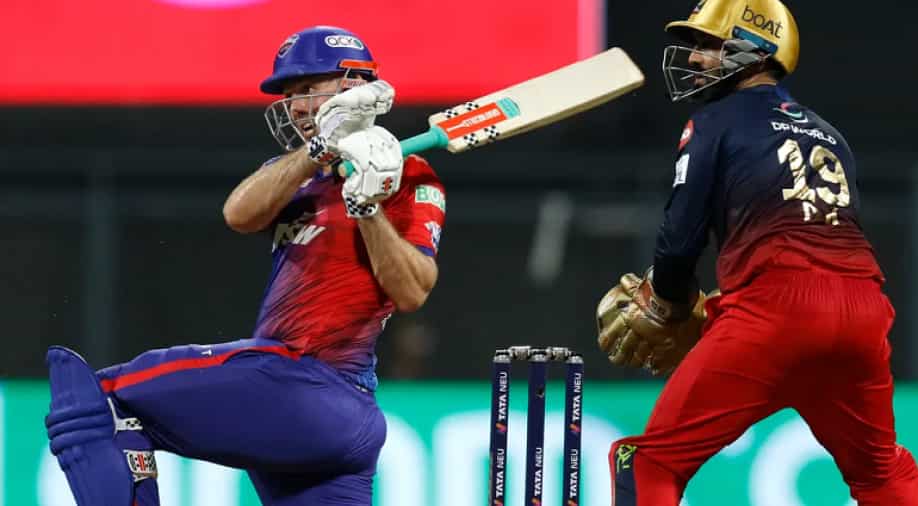 Mitchell Marsh is likely to be hospitalised after testing positive for COVID-19. | Photo - IPL | Photograph:( Others )

Delhi Capitals (DC) player Micthell Marsh is reportedly set to be hospitalised after testing positive for COVID-19. Five other COVID-19 cases have been detected in the team's camp in the ongoing IPL 2022.

In a huge scare for the ongoing 15th edition of the Indian Premier League (IPL), five positive COVID-19 cases have reportedly been detected in the Delhi Capitals (DC) camp. All teams including DC are currently staying in a bio-bubble in Maharashtra which is hosting the entire league stage of IPL 2022 with the matches being played across three venues in Mumbai and Pune.

Marsh had tested positive for COVID-19 after a Rapid Antigen Test (RAT) on Monday. The Australian all-rounder is now likely to be hospitalised after catching the virus while more cases have also emerged in DC's camp. While no other player has returned positive, one member of the DC's social media team and a couple of hotel staff have tested positive for the virus.

As per a report in India Today, Marsh will be hospitalised after returning a CT value of 17 in his positive test. The report further claims that apart from the Australian cricketer, a team doctor, one member of the social media team, and three members of the hotel staff who were on DC duty have tested positive for COVID-19.

Earlier, Delhi Capitals' physio Patrick Farhat had also tested positive for the virus and is still in quarantine. The reports of Marsh testing positive had emerged earlier on Monday (April 18) with DC also delaying their travel to Pune for their next game against Punjab Kings on Wednesday.

Marsh played his first game for DC this season in their last outing against Royal Challengers Bangalore (RCB) on Saturday (April 16). The DC players had been reportedly asked not to shake hands with RCB players after physio Farhat had tested positive for the virus.

The outbreak in DC's camp has put their next game against Punjab Kings in doubt and has also increased the worries for the IPL organising committee. The BCCI had decided to conduct the entire league stage only in Maharashtra this year to ensure COVID-19 cannot breach the bio-bubble of the teams but the virus has come back to haunt the tournament once again.