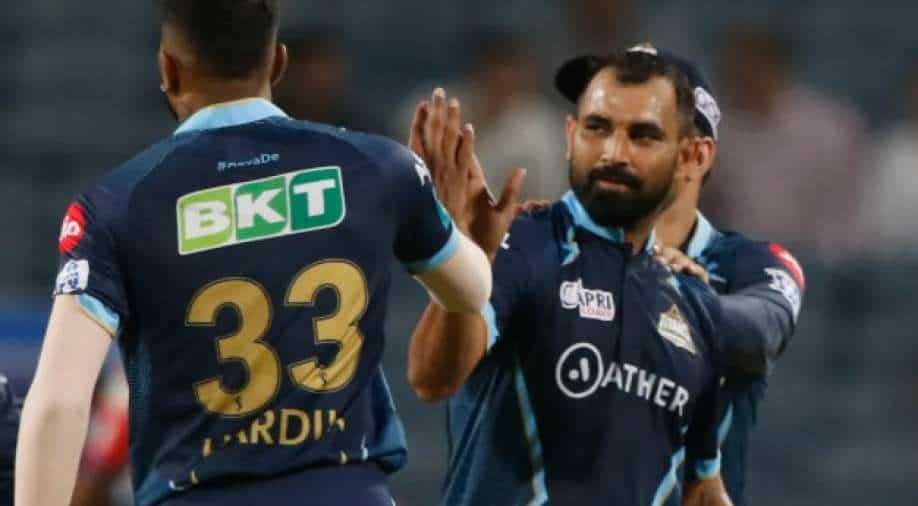 Hardik Pandya & Co won the first three matches of the competition but were beaten by Sunrisers Hyderabad in the previous encounter.

Gujarat Titans will be aiming to get back to their winning way as they take on Indian Premier League (IPL) 2022 table toppers Rajasthan Royals on Thursday. Hardik Pandya & Co won the first three matches of the competition but were beaten by Sunrisers Hyderabad in the previous encounter.

The bowling department of Gujarat Titans has been the strength of the side in the tournament but with the trio of Mohammed Shami, Lockie Ferguson and Rashid Khan failing to pick wickets in the last game, SRH did not face many problems in chasing down a below-par target.

When it comes to the batting, it was a disappointing show from the Gujarat Titans top order as Pandya was only one who scored big against the disciplined display from the SRH bowlers.

Against Rajasthan Royals, Matthew Wade and Shubman Gill are expected to open the batting but the presence of Rahmanullah Gurbaz in the squad will be a constant pressure on Wade.

Sai Sudharsan and Hardik Pandya will be the solid pillars of the middle order with the duo of David Miller and Rahul Tewatia provided the firepower. Abhinav Manohar is also expected to retain his position in the playing XI.

Rashid Khan is expected to continue as the main spin option with Lockie Ferguson, Mohammed Shami and the young Darshan Nalkande providing the fast-bowling prowess in the side.