IPL 2022: Delhi Capitals squad in isolation after another COVID-19 case detected in their camp - Report 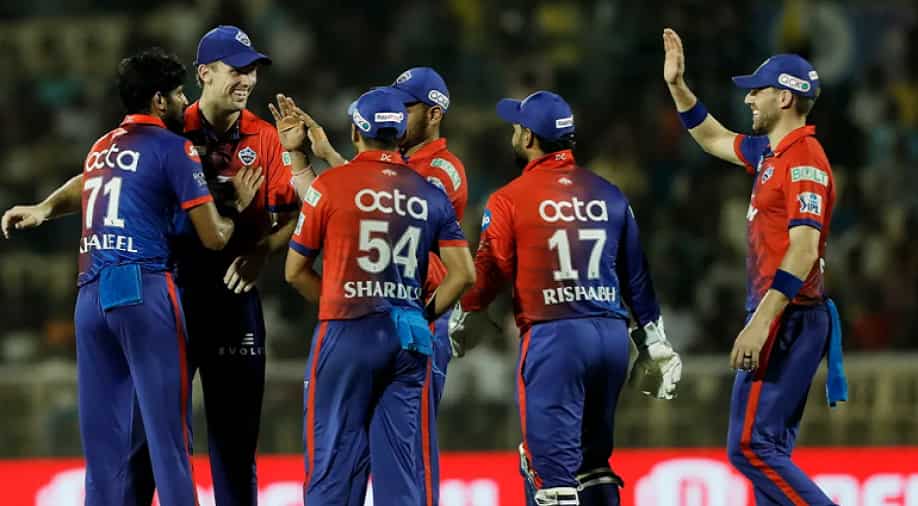 Another COVID-19 case has been detected in the Delhi Capitals' camp. | Photo - IPL | Photograph:( Others )

Delhi Capitals has been forced into isolation once again after another COVID-19 case was detected in the squad in the latest round of tests on Sunday (May 08).

COVID-19 is back to haunt the Indian Premier League (IPL) once again. The ongoing 15th edition of the league has already seen a few hiccups due to the virus but none of the matches has been affected so far despite cases being detected inside the bio-bubbles.

Delhi Capitals (DC) contingent has once again been forced into isolation after a positive case was detected in the latest round of testing on Sunday (May 08). DC are the only team that has been affected by COVID-19 so far this season as earlier several members of their contingent had tested positive for the virus.

As per a report in Cricbuzz, Delhi Capitals' sources revealed that a net bowler with the team has tested positive for COVID-19. As a precautionary measure, the entire DC squad has been asked to stay in isolation. The case was detected after a fresh round of testing on Sunday morning.

The development comes just hours ahead of DC's clash against MS Dhoni-led Chennai Super Kings (CSK) at the DY Patil Stadium in Mumbai on Sunday. It remains to be seen if the match will go ahead as per schedule or if it will have to be rescheduled due to the positive case in the DC contingent.

Earlier this season, as many as six mebres of the DC contingent had tested positive for COVID-19, including players Mitchell Marsh and Tim Seifert. Physio Patrick Farhat had also returned positive along with three other staff members. Marsh and Seifert had recently returned to the camp after recovering fully from the virus.

While the detection of another positive COVID-19 case is a huge concern for BCCI, it also raises questions on the integrity of the bio-bubbles that the teams are staying in during the ongoing tournament. As per Cricbuzz, the match is likely to remain unaffected but the final decision will stay with the BCCI.