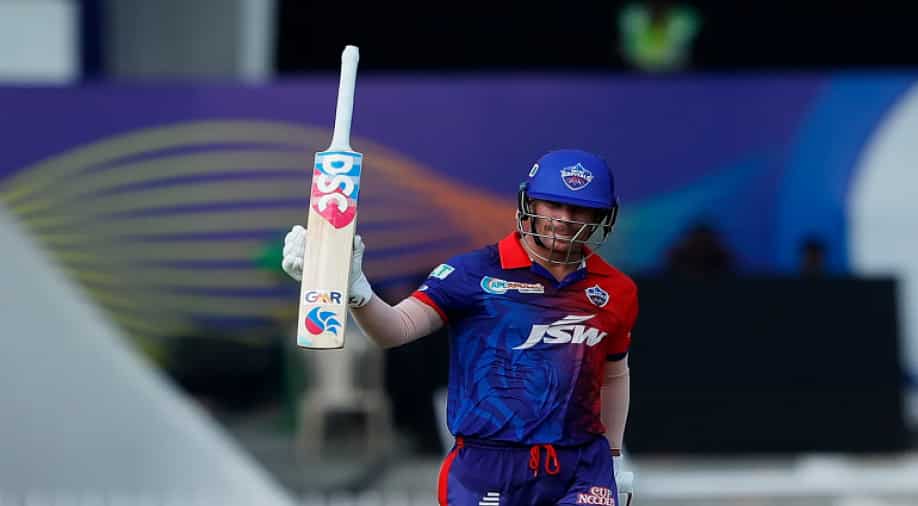 David Warner was able to add another milestone to his already illustrious career as he went past 5500 runs in the IPL.

David Warner was at his destructive best as the Australian cricket team opener scored his first half century for Delhi Capitals in the Indian Premier League (IPL) 2022 match against Kolkata Knight Riders on Sunday. Warner scored 61 off 45 deliveries with six fours and two massive sixes.

Thanks to his destructive knock, Warner was able to add another milestone to his already illustrious career as he went past 5500 runs in the IPL.

Delhi Capitals marched to a 44-run victory against KKR thanks to a dominant show from the batsmen.

Warner was the star of the show along with Prithvi Shaw (51 off 29 balls) as they added 93 runs for the opening wicket. The run rate took a slight dip during the middle overs but a late onslaught from Axar Patel and Shardul Thakur was enough to take DC to 215/5 in 20 overs.

Chasing 216, KKR never looked in control as DC kept taking wickets at regular intervals with Kuldeep Yadav claiming four while left-arm fast bowler Khaleel Ahmed took three. Shreyas Iyer tried to fight back with a well made 56 but the target proved too much them as they feel well short.