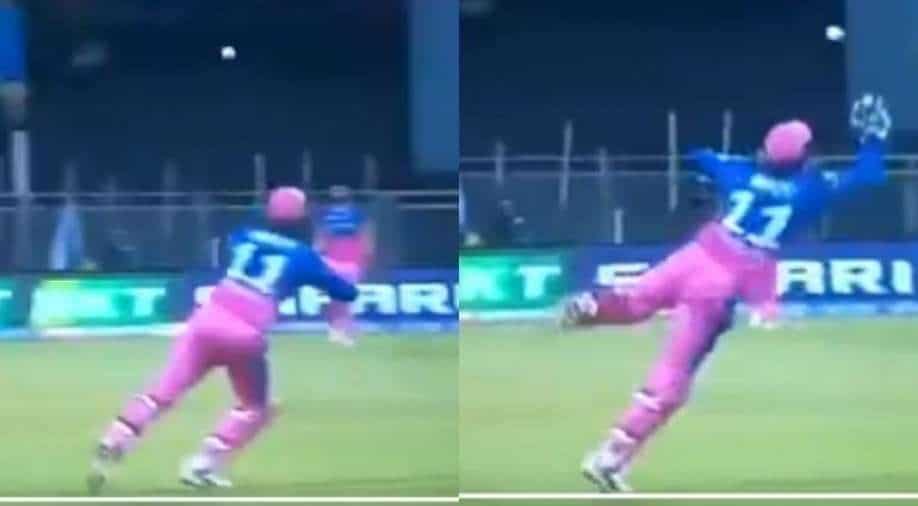 Sanju Samson kicked off his captaincy in the Indian Premier League with a bang after smashing a century against Punjab Kings while chasing a mammoth total. He continued his masterclass against Delhi Capitals, but this time behind the stumps.

IN PICS: Ben Stokes ruled out of IPL 2021: Five players who can replace him

Shikhar Dhawan tried to scoop Unadkat's fuller delivery but found a thick leading edge. The ball went mid-air and it was Samson who leapt on to the ball and caught it with one hand departing Dhawan for just 9 runs.

Dhawan got trapped with Unadkat's slower delivery as the Indian opener tried to give some room to himself and tried scooping over the keeper.

Unadkat bowled a wonderful spell for Rajasthan Royals, he scalped three wickets and conceded just 14 runs. Delhi Capitals skipper Rishabh Pant scored a brave half-century but was run out by Riyan Parag who dismissed the southpaw with a direct hit.

Delhi Capitals are down to 107 at the loss of six wickets in 16 overs, with Rajasthan Royals yet to bat.