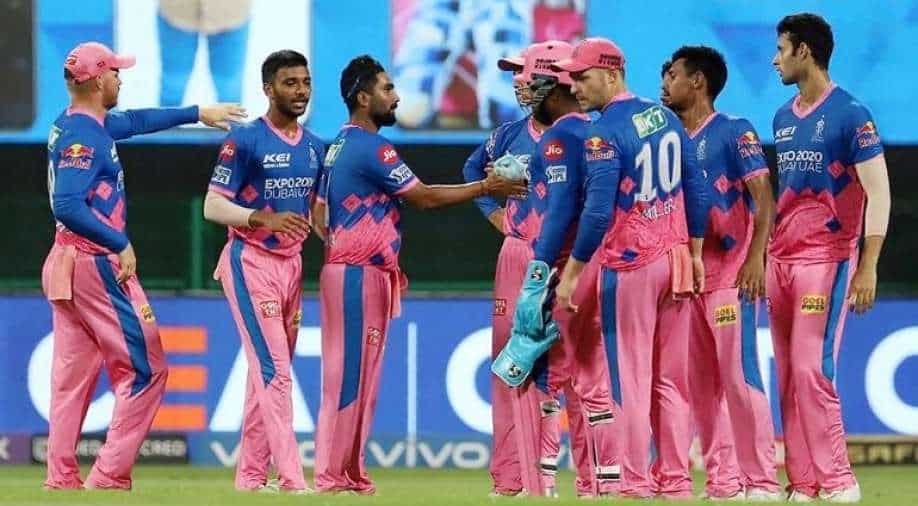 Sanju Samson didn't shy away from praising CSK opening batsman Ruturaj Gaikwad. He said, 'Unbelievable batting by Gaikwad, we're afraid of a batsman like him. Really a lot of respect to him'

Rajasthan Royals skipper Sanju Samson was upbeat as his side managed to keep the playoffs hope alive after an outstanding performance against the MS Dhoni-led Chennai Super Kings, defeating them by seven wickets in their Indian Premier League 2021 match at Sheikh Zayed Stadium on Saturday (October 2).

Samson praised the team, especially the openers as RR chased down an imposing target of 190, he said, "We just wanted to back ourselves. I am happy I guessed it (pitch getting better in the second innings) right. They (openers) have been giving good starts, they almost finished off the game in the powerplay. They were going for the kill."

However, he didn't shy away from praising CSK opening batsman Ruturaj Gaikwad. Ruturaj was on 95 when he got the strike on the fifth ball of the last over. The opening batsman hammered a massive six off the last ball to reach his ton.

"Unbelievable batting by Gaikwad, we're afraid of a batsman like him. Really a lot of respect to him. We aren't thinking too far ahead, one match at a time," said Samson during the post-match presentation.

"We are aware of the abilities of our youngsters, that's why we get disappointed when we lose matches. Our openers finished off the game in the PP, Jaiswal was superb, hopefully, he'll make it big," said Samson.

"We have been discussing Shivam in the last 2-3 games. Mahipal did a good job in the first few games, but we thought today could be Shivam's game," he added.