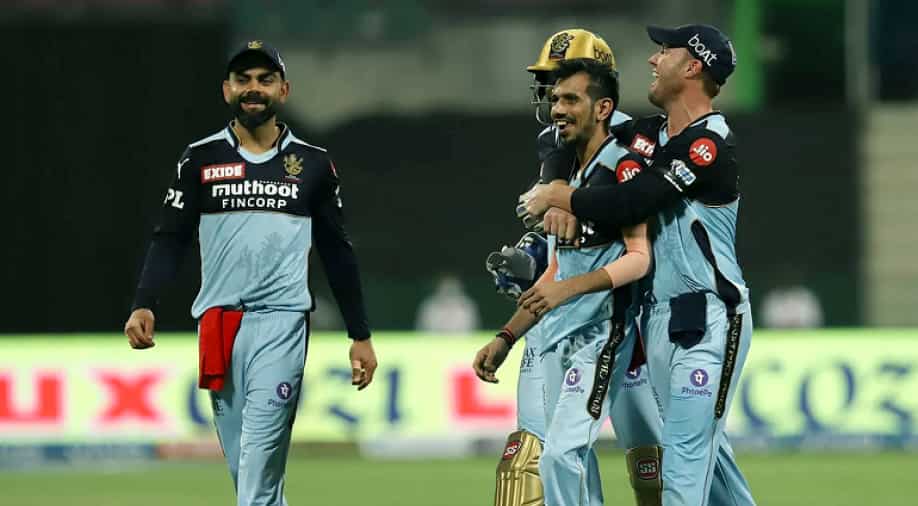 Here is a look at the head to head record, stats and trivia as MS Dhoni's Chennai Super Kings gear up to take on Virat Kohli's Royal Challengers Bangalore in IPL 2021 on Friday.

MS Dhoni's Chennai Super Kings(CSK) will take on Virat Kohli-led Royal Challengers Bangalore (RCB) in match no.35 of the Indian Premier League (IPL) 2021 at the Sharjah Cricket Stadium in Sharjah on Friday (September 24). Both teams have enjoyed a great campaign so far this season and are placed inside the top three on the points table.

The two teams had ended the India leg with five wins each in their first seven games, however, RCB are currently placed third, with two points less than CSK after suffering a 9-wicket defeat at the hands of Kolkata Knight Riders in their first game of the UAE leg of the tournament earlier this week.

CSK made a winning start as they hammered Mumbai Indians by seven wickets in the first game in UAE. The two teams have enjoyed an intense rivalry over the past few years and will be looking to get the better of each other in Sharjah on Friday. Here is all you need to know about the blockbuster clash:

Chennai Super Kings hold a massive edge over Royal Challengers Bangalore when it comes to head-to-head record between the two teams. CSK have won 17 matches and lost only 9 times in 26 meetings against RCB. They won comfortably by 69 runs in the last meeting between the two sides in Mumbai this year.

Chennai Super Kings skipper MS Dhoni possesses a brilliant record against RCB in the IPL. He has notched up 824 runs at an average of 141.50 against Virat Kohli's men - the most runs scored by Dhoni against a single team in the history of IPL.

Ravindra Jadeja single-handedly won CSK the match in MS Dhoni & Co.'s last outing against RCB in IPL 2021. Jadeja slammed a 28-ball 62 and picked up a three-wicket haul with the ball to decimate RCB and bag the Man of the Match award for his all-round heroics.