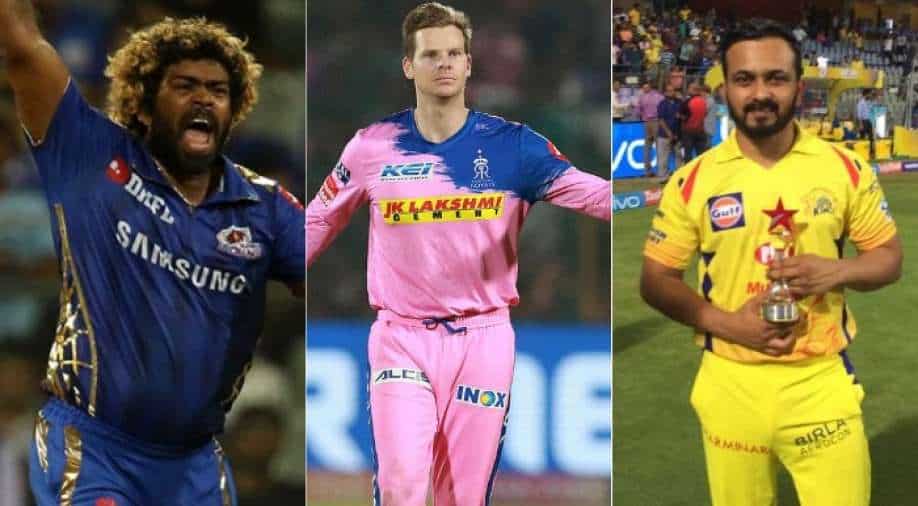 With the deadline to retain players ahead of Indian Premier League (IPL) 2021 mini-auction, franchises on Wednesday released some of their respective players to increase their purse before the auction. Teams are looking to bolster their squad for IPL 2021 with mini-auction likely to take place in February.

With the list of retained and released players out ahead of IPL 2021 mini-auction, let us take a look at some of the players who have been released by IPL franchises so far.

Harbhajan Singh started the day by announcing that his contract with Chennai Super Kings (CSK) has come to an end. The veteran off-spinner, if available, will go straight to the mini-auction pool after spending a couple of seasons with the Yellow Army.

A Chennai Super Kings (CSK) source confirmed to WION that Suresh Raina has been retained by the franchise with the veteran southpaw all set to don the yellow jersey again after missing IPL 2020 due to personal reasons. The likes of Kedar Jadhav, Piyush Chawla, Murali Vijay have also been released by CSK as the MS Dhoni-led outfit look to bring new faces into the squad.

The biggest released player ahead of IPL 2021 mini-auction has arguably been Steve Smith as Rajasthan Royals have released the Australian batsman. Sanju Samson has been named as the new captain of Rajasthan Royals.

Mumbai Indians have released the likes of Lasith Malinga and Sherfane Rutherford while Delhi Capitals have moved away from Sandeep Lamicchane, Mohit Sharma, Jason Roy and Alex Carey.

Released players ahead of IPL 2021 mini-auction: